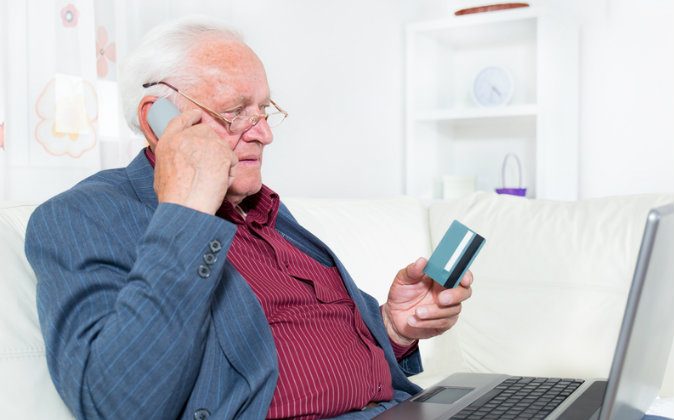 SANTA ANA, Calif.—Four Southern California men were arrested on May 26 for allegedly defrauding dozens of timeshare owners—many of whom were elderly—out of more than $5 million by lying and using “boiler room tactics.”

Authorities are still searching for Frank Anthony Molina, 43, of San Pedro, the fifth defendant named in the indictment.

The defendants allegedly posed as telemarketers promising the timeshare owners financial relief for their property.

McDonagh, named as the ringleader of the scheme, controlled telemarketing companies that hire callers to contact timeshare owners and offer help terminating their timeshare interests for a fixed fee from 2015 to 2019, authorities said.

According to the indictment, McDonagh instructed the telemarketers to “take no prisoners” or have “no remorse” when interacting with the victims.

McDonagh also allegedly told employees to “take every penny you can from” the victims “so they cannot sue” the telemarketing companies.

The indictment also says that McDonagh told Ortiz, one of four arrested, that participating in the conspiracy “it’s def a risk, but I mean I shut down global over a year ago and nothing! “Knock on wood,’ but I mean it’s a decision you personally have to make ive made piece [sic] with it I’ve been a criminal my whole life, and now it’s actually benefiting me[.]”

Once the timeshare owner showed interest in the proposed offer, the “opener” would allegedly transfer the call to a “closer” and convinced the victims to sign a contract and pay a “one-time fee” to end their portion of the shared real estate.

Duarte, Molina, and Vannoy are accused of working as closers.

After initial payments were received, the closer allegedly would contact victims again within weeks and falsely claim that their timeshare company faces class-action lawsuits or other false litigations that would induce them to pay additional fees.

To top it off, the men would, authorities alleged, tell the timeshare owners the company rented out their property without their permission and would secure a large “restitution” payment on their behalf for an additional fee.

The indictment alleges that the victims were told the fee would be refunded once the restitution or settlement was paid.

To prevent victims from contacting their timeshare companies to inquire about the payments they have made, the defendants would allegedly convince the victims to sign fake non-disclosure agreements.

All four defendants are charged in a 29-count grand jury indictment.

The investigation has been conducted by the U.S. Secret Service and the Huntington Beach Police Department.