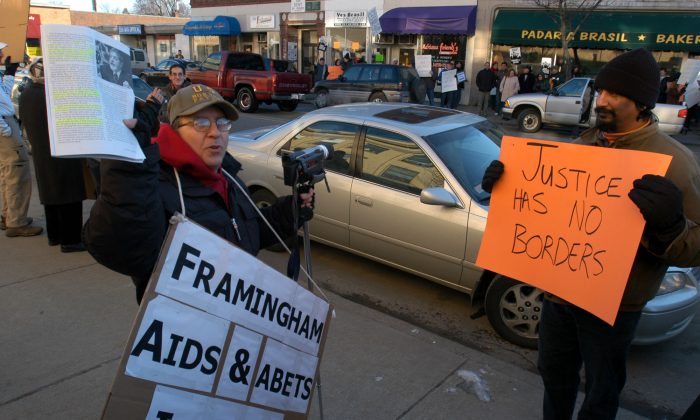 The four men charged with attacking a woman in Massachusetts entered the U.S. illegally, according to officials.

Two of the men had previously been deported to Guatemala but apparently re-entered the country, an Immigration and Customs Enforcement spokesman told the Boston Herald.

Elmer Diaz, 19, has been charged with rape, assault with a dangerous weapon, kidnapping, and threatening to commit a crime. Brother Adan Diaz, 32, was charged with indecent assault, battery, and kidnapping.

Obviously the border is not secure if someone who is deported after crimes in May is already back and getting arrested again very quickly.
— Jessica Vaughan, Center for Immigration Studies

Diaz and Marlon Josue Jarquin-Felipe, 27, who was also charged with indecent assault, battery, and kidnapping, were deported in 2014 after criminal convictions.

Arial Diaz was apparently known to be back in the U.S. this winter because he was arrested on a drunk driving charge, but the immigration department wasn’t notified.

This is why our southern boarder needs a wall, A HUGE WALL!!! This also reemphasizes the need for “legal immigration”….

“Obviously the border is not secure if someone who is deported after crimes in May is already back and getting arrested again very quickly,” Jessica Vaughan, director of policy studies at the Center for Immigration Studies, told the Herald.

“It also illustrates why local law enforcement agencies need to be paying attention to immigration status and doing the appropriate queries of ICE so that they don’t make the mistake of releasing illegal aliens who are a threat to the public.”

They were arrested for allegedly raping a woman on Sunday evening while her boyfriend was beaten nearby.

The details of the men emerged after they were arrested for allegedly raping a woman on Sunday evening while her boyfriend was beaten nearby.

The boyfriend eventually prevailed against the men and he and his girlfriend escaped and flagged down police.

“I thought we were going to die. I really did. And I didn’t care if I died as long as I could save her and get her out of there, that’s all I cared about,” the boyfriend, whose name is being withheld, told the Herald.

“I’ve lived (in Framingham) my whole life and I never imagined anything like this could happen just walking down the street. The worst part was I felt like I couldn’t do anything.”