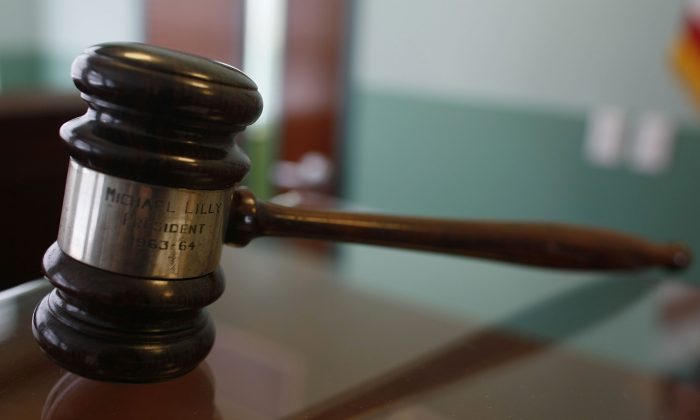 Four siblings in Kansas were thrilled this week after a judge informed their foster parents that they could adopt all of the brothers and sisters.

Alisia, Emma, Cody, and Bradley Watson had been with the foster parents for more than two years.

The four children have always been siblings but faced an uncertain future when they entered the foster care system.

Eric and Phyllis Watson, who had never fostered children before, accepted all four into their Johnson County home.

Now the four children are officially part of the Watson brood, after Judge Kathleen Sloan approved the transition from foster parents to parents on Monday, March 12.

The courtroom at the time of the ruling was standing-room-only, filled with friends, family members, schoolmates, and other people lining the walls, reported the Kansas City Star.

“It’s rare to see kids in the system, especially teens, find this perfect of an ending,” said caseworker Kiersten Stolxenberg of the adoption agency KVC Kansas.

“I’ve been looking forward to this day about two and a half years,” Emma said.

According to Children’s Rights, on any given day, there are nearly 428,000 children in foster care in the United States.

“Research has shown that those who leave care without being linked to forever families have a higher likelihood than youth in the general population to experience homelessness, unemployment, and incarceration as adults,” the group stated.

The Watsons are urging other people who are available to step forward as foster parents, considering how many children are out there needing a home.

“They could be somewhere right now without a family, without hope, and I say, if you think you can do it, then go for it. Change someone’s life. Help them. I think that’s great,” Cody said.