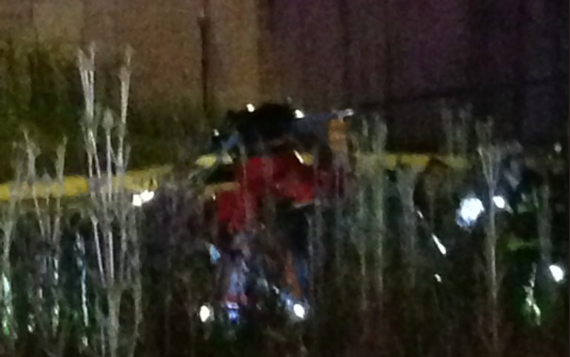 A helicopter crash landed on a highway in Chicago, Illinois, on July 7, 2018. (Chicago Fire Media)
US News

Four people were injured when a medical helicopter crashed on a highway in Chicago, Illinois, on Saturday night, with one in critical condition, officials said.

The pilot made a “mayday” radio call from a Eurocopter 135 air ambulance at about 9:15 p.m. Central Time (0215 GMT Sunday), according to a Federal Aviation Authority statement. The helicopter crashed on a ramp of the Interstate 57 highway soon after, it said.

Update EMS Plan 1 for the helicopter crash. Fire companies are picking up, State Police are securing the scene. 4-1-8

Local media reported that a patient on the air ambulance was in critical condition, while the pilot and two others on board were listed in stable condition in Chicago hospitals.

Three of the four passengers had made it out of the helicopter when firefighters arrived, reported The Chicago Tribune.

Updat EMS Plan 1 all PT's have been transported to various hospitals, all red (one) critical (3) stable. FAA in route. 4-1-8 pic.twitter.com/p3hhcQwcgM

“I think the pilot did an excellent job of landing a helicopter that was in an emergency situation,” she said, reported the newspaper.

The helicopter appeared to have landed on its belly in the median where the interstate splits.

No one on the ground was hurt and the National Transportation Safety Board was investigating the crash.