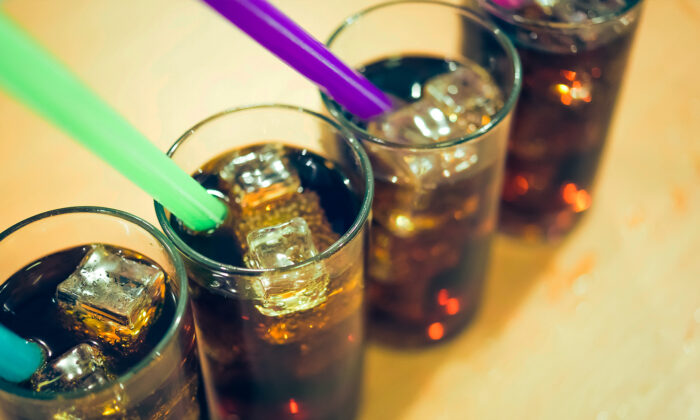 We’ve all heard it from healthcare professionals, fitness advisors, or on TV: sugar is bad for you. Whether it’s weight gain, tooth decay, or the risk of diabetes, we know that too many sweet drinks and desserts can kill us. But increasingly, the news surrounding diet sodas, that is sugar-free pops, is just as alarming.

A team of researchers from Purdue University, including Susan Swithers, has been doing research that shows the serious problems caused by overconsumption of artificially sweetened soft drinks.

As she stated in a press release about her studies:

“Findings from a variety of studies show that routine consumption of diet sodas, even one per day, can be connected to higher likelihood of heart disease, stroke, diabetes, metabolic syndrome and high blood pressure, in addition to contributing to weight gain.”

So, what’s the problem with consuming drinks sweetened with artificial substitutes for sugar, such as aspartame, saccharine, and sucralose? To begin with, the most basic claim made by manufacturers of these products is that lower overall calorie consumption leads to weight loss.

As Swithers notes, drinking diet sodas sends the wrong messages to our palates, creating a craving for sweeter and sweeter products, and telling our brain that there’s no penalty for eating sugary-tasting things. They also give excuses for letting other parts of our diet lapse. “Some of the connection could be related to how people behave by saying to themselves, ‘I’m having a diet soda, so this cheeseburger is OK,’” Swithers says.

Swithers also noted: “These data suggest that instead of using diet soft drinks as substitutes for sugary beverages, children may actually be adding them to their normal sugar intake.” In addition to failing to decrease obesity and diabetes, when compared to water or other unsweetened drinks, medical research has linked artificially sweetened sodas to a whole host of other problems.

A study sponsored by the National Institutes of Health and the American Academy of Neurology evaluated a large sample group, comparing those who consumed artificially sweetened beverages with those who drank coffee, water, or naturally sweetened fruit drinks. People who drank several sugar-free drinks per day were much more likely to suffer from depression, up to 30 percent more than those who drank similar amounts of coffee.

“Our research suggests that cutting out or down on sweetened diet drinks or replacing them with unsweetened coffee may naturally help lower your depression risk,” study author Honglei Chen said in a press release.

Meanwhile, the well-respected Nurses’ Health Study looked at the effects of diet soda consumption on kidney function and also came up with alarming results. After looking at a large sample of women and controlling for variables, the researchers published their results in the Clinical Journal of the American Society of Nephrology.

They came to the conclusion that:

“Consumption of [2 or more] servings per day of artificially sweetened soda is associated with a 2-fold increased odds for kidney function decline in women.”

While more studies need to be done to show if similar results could be obtained from male subjects, there’s cause for concern, especially for older people trying to maintain healthy kidney function.

Equally disturbing news has come from the world of neurological research, where a study from Nutritional Neuroscience showed that one particular artificial sweetener, aspartame, can disrupt the natural chemical balance of the brain. The authors noted:

“Aspartame acts as a chemical stressor by elevating plasma cortisol levels and causing the production of excess free radicals.”

This means that the brain is more vulnerable to “oxidative stress,” the process associated with aging that results in decreased cognitive function, another detrimental side effect associated with sugar-free pop.