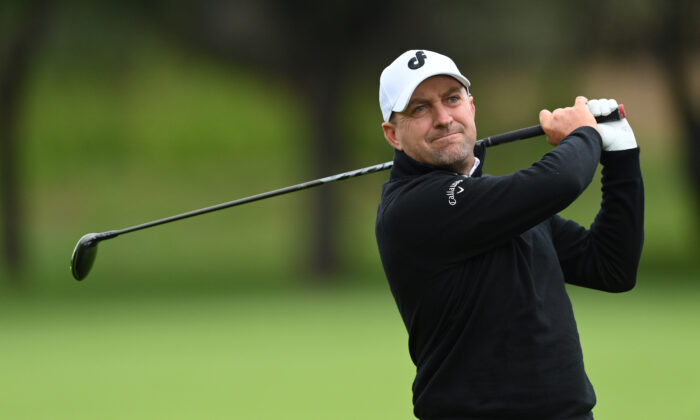 Darren Fichardt of South Africa plays his second shot on the 12th hole during Day One of the JOBURG Open at Randpark Golf Club in Johannesburg, South Africa, on Nov. 25, 2021. (Stuart Franklin/Getty Images)
Golf

JOHANNESBURG—Four golfers have tested positive for COVID-19 ahead of the start of the South Africa Open on Thursday in a further blow to a tournament already downgraded after the discovery of a new coronavirus variant in the country.

The list includes Darren Fichardt, who is an 18-time winner on the local Sunshine Tour.

Travel from southern Africa has been curtailed due to the Omicron variant and as a result, the European Tour withdrew its sanctioning of the event, with the tournament purse cut by $1 million.