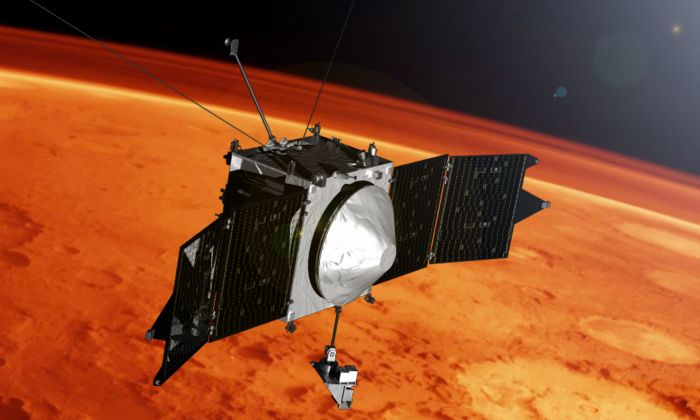 On January 16, 2015, entrepreneur Elon Musk made an announcement in which he said that he plans to build a network in space
By Miguel Leiva-Gomez

On January 16, 2015, entrepreneur Elon Musk made an announcement in which he said that he plans to build a network in space that aims to provide Internet access throughout the world for a very low cost.

His aim is to make it possible so that people in sparsely-populated areas of the world can gain access to the Internet where other conventional methods have failed to deliver. This particular project has raised many questions about the viability of the new space-based network, including the ability to eventually reach Mars.

The time has come that some of the major questions that have been asked are answered.

What Will This Mean for Internet Censorship?

The hope that satellite internet is the answer to censorship is (sort of) flawed. Yes, news reports have shown with enthusiasm how hackers plan to launch satellites to circumvent censorship. This is, sadly, nothing but a pipe dream. For an internet connection to work, it still has to function on something known as the TCP/IP layer.

This means that both ends of communication must have an IP address. This is the only way that two computers in separate places can shake hands.

In addition to this, satellite-based communication still has to follow the rules of terrestrial communication. In other words, they have to reach routers on the earth’s surface. Any censorship that was in place will still occur as long as signals sent between two endpoints land on the country in question.

This isn’t hard to comprehend, really. Also, Musk’s goal in this project is not to overcome censorship but to provide access to the Internet in zones where it has previously been unfeasible.

Will It Be Fast?

No. Elon Musk makes the (accurate) claim that the speed of light is “faster in the vacuum of space than it is for fiber”. However, the Internet as we know it isn’t limited so much by the speed of light as it is by the limitations of the hardware forwarding and transmitting packets.

And that is assuming that the hard drives of the computers on both ends are fast enough to send information at the maximum speed of their internet connections. Knowing more about the hardware specifications of these satellites will be crucial to determining the actual speed that you’d get out of them.

Despite the caveat of having limited speed, it is at least better than not having Internet access whatsoever.

How Will Connections Be Controlled?

One of the problems with satellites is that any signal that reaches them must be responded to. The reporting behind this project suggests that Musk isn’t doing this out of the kindness of his heart.

It’s a commercial product. This means that he will somehow have to factor in for the fact that some people who aren’t subscribed to his network may try to access it.

In normal terrestrial routers, the line connecting to a non-subscribed computer is shut off. Illicit connections can be physically severed. It’s easy to control who gets access to the network and who doesn’t.

Similarly, a satellite can be programmed to ignore non-subscribed connections. But because the connection isn’t physical, a computer trying to connect will always make a request that always reaches the satellite.

Herein lies the problem with satellite networks: They spend computational resources to verify potentially delinquent connections because of their lack of a physical link.

What if a thousand computers try to connect to one of these tiny satellites at the same time, all of them delinquent? It would surely overload the system for a while, making it difficult for packets from legitimate connections to be processed.

Can Internet on Mars Exist?

The Verge quotes Elon Musk: “It will be important for Mars to have a global communications network as well. I think this needs to be done, and I don’t see anyone else doing it.” Can this kind of thing happen?

Totally! But it will work much differently than Musk’s current satellite project.

First of all, you have two options to send a message to or from Earth:

The first option requires more power. That’s (kind of) okay for Earth but not necessarily wise on Mars where resources would be sparse. Focusing the signal on its destination would lower the power requirements significantly, since you do not have to cover such a wide area.

To provide perspective, shine a 10-watt laser at the moon, and someone on the moon will see it, but do the same with a 60-watt light bulb, and the unfocused light will terminate somewhere in the earth’s atmosphere. Focused beams work much better over very long distances.

Speaking of distance, if we ever do get a colony on Mars and set up an Internet connection there, the planet is so far away that it takes anywhere from four minutes to nearly half an hour for a signal to make it to Earth (and vice versa). Imagine waiting half an hour for a page to load!

Do you think this project is headed in the right direction? Or is Musk wasting his time while ignoring other more viable means of spreading the joy of the web? Tell us what you think in a comment below!