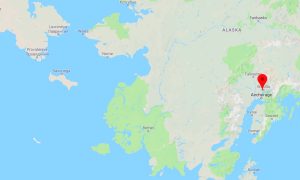 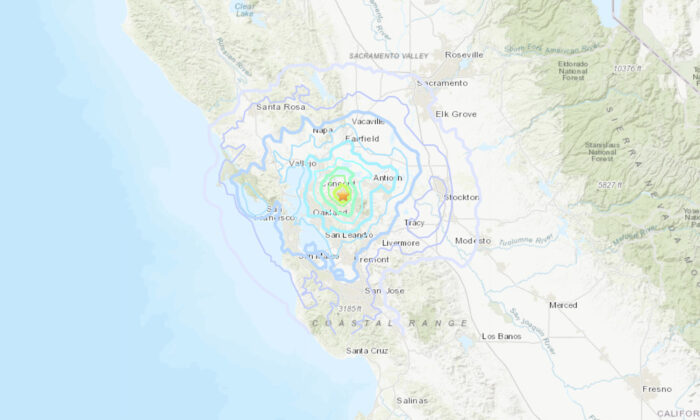 A 4.5-magnitude earthquake shook the East Bay of the San Francisco Bay Area late Monday, according to the U.S. Geological Survey (USGS).

The quake, which was originally logged as 4.7 magnitude, struck around 10:33 p.m. local time.

Its epicenter was about 0.7 miles southeast of Pleasant Hill, and 2.2 miles north of Walnut Creek. The quake had a depth of 9.07 miles.

More than 30,000 people throughout the Bay area, including Santa Rosa and San Jose, reported to the USGS as having felt the quake.

The quake was preceded by a 2.5 magnitude tremor about 10 minutes earlier in the same area.

The National Tsunami Warning Center confirmed minutes after the 4.5 magnitude quake that it would pose no tsunami danger.

Seismologist Dr. Lucy Jones wrote to Twitter after the quake, saying that the latest shock may serve as a precursor for another bigger earthquake near the Calaveras fault over the next few days.

The M4.5 quake at 10:33 pm was in the East Bay at 14 km depth. Because any quake can be a foreshock, there’s a slight increase in the chance of a bigger quake for the next few days, at the same location near the Calaveras fault