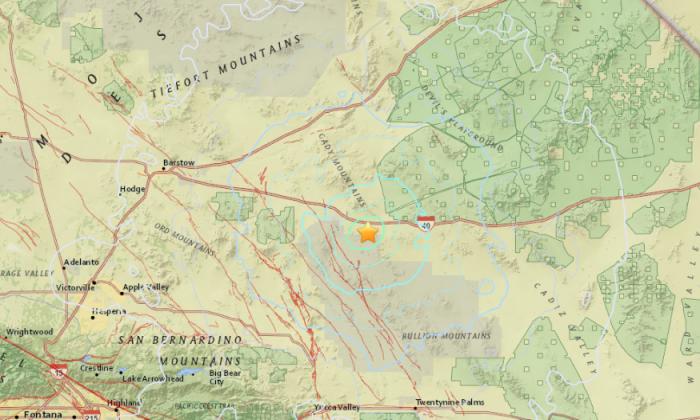 The earthquake struck five miles west-southwest of the city, which is in San Bernardino County, reported the U.S. Geological Service.

It was also 30 miles west-northwest of Amboy, 39 miles north of Joshua Tree, and 47 miles east-southeast of Barstow.

The quake hit at approximately 7:32 a.m. at a depth of 1.3 miles, which is relatively shallow. Light-to-moderate shaking was reported in the immediate area.

People in Big Bear, Victorville and Barstow said they felt it, with some describing it as a strong jolt followed by a rolling motion, reported KTLA.