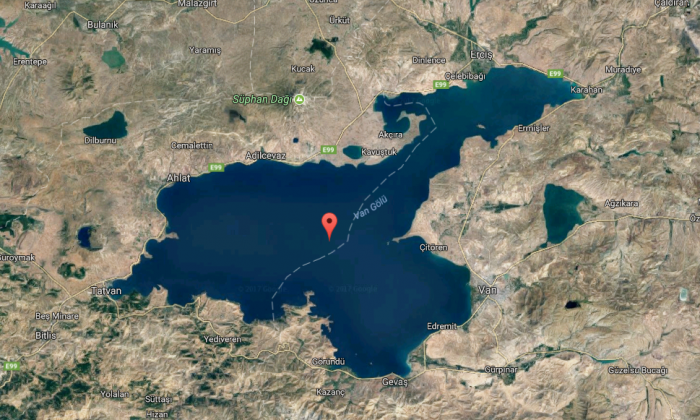 A team of Turkish underwater explorers discovered amazingly preserved remains of a 3,000-year-old castle at the bottom of the country’s largest lake, Lake Van.

The team, working under the auspices of the provincial government, believes the castle was built under the Urartu Kingdom, also called the Kingdom of Van, which ruled the region between the 10th and 6th centuries B.C., according to the Encyclopedia Britannica. That determination was made based on the style of the ruins.

“There was a rumor that there might be something under the water but most archaeologists and museum officials told us that we won’t find anything,” said Tahsin Ceylan, the head of the diving team, according to Daily Sabah.

The castle runs are about 1,100 yards long with walls of about 13 feet that are visible. Because the water in the lake is very alkaline, the remains have been kept in excellent condition.

The lake, the second largest in the Middle East, is over 560 feet deep on average. It is rumored to be the home of an unknown creature, the Lake Van monster. But it’s also the home to a slew of recent discoveries, like a large stalagmite formation, 1,000-year-old gravestones, and the wreckage of an old Russian ship.

Archeologists believe the lake used to be much shallower during the Urartu times.

“As the lake waters rose, people withdrew but the structures stayed there. Even though most of them are in ruins, they are still there. We need to protect these structures first. Other castles in the country have been damaged, but the lake has hidden the castle here and preserved it,” said another member of the team, Mustafa Akkus, assistant professor at the Van Yuzuncu Yıl University’s Faculty of Fisheries, according to Hurriyet Daily News.

Akkus believes the discovery will not only help researchers better understand the history of the region, but will also boost the local economy.

“If we can make a good enough presentation of them, dozens of diving schools will be opened around Van Lake, and thousands of people will come here to dive and see these beauties,” said Akkus, Hurriyet reported.

We work hard to deliver the most important and interesting news every day for you, but would like to ask a little favor: Please share this story with your friends by clicking the share button below. Thank you!