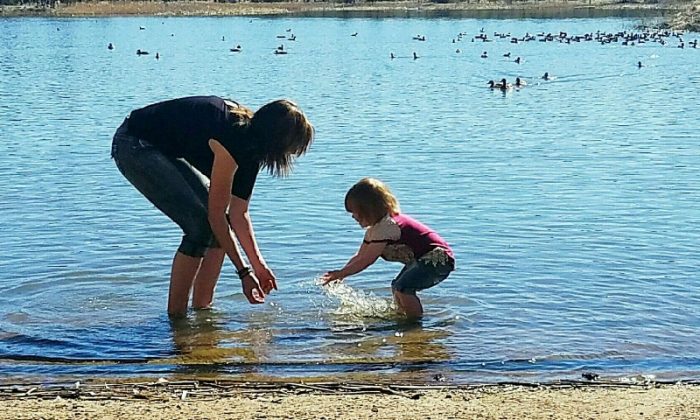 A 3-year-old girl from Phoenix, Arizona, who was allegedly beaten by her mother’s boyfriend has died.

Morgan Koepp was taken off life support on the afternoon of Wednesday, Dec. 13, her family told FOX 10 Phoenix.

#BREAKING – an absolutely terrible update – the family tells me 3-year-old Morgan has passed away #Fox10phoenix https://t.co/yIYFkj2sWf

Not long after the news, mother Brianna Williams updated her daughter’s GoFundMe page with a touching tribute. According to the page, Morgan passed away at 3:19 p.m.

“To my beautiful baby girl who taught me so much in these last 3 years. I saw you fighting and fighting as hard as you could. I saw how much pain you were in and I am so sorry you had to endure such a tragedy,” Williams wrote, in part.

“It breaks my heart and to see you laying there fighting so hard for mommy shows me how much you tried and how much you love me. I hate that I will never be able to watch you grow and see you again or hold you again until I one day get to heaven,” she added.

The mother first started the GoFundMe page to pay for her daughter’s medical expenses.

On Sunday, Dec. 10, Morgan sustained the injuries that led to her death. At the time Williams left her daughter with her boyfriend, Sidney Michael Landers, who took her out for the day, KTVK reported.

But when the boyfriend arrived home with the girl, Williams noticed that her daughter had swelled up near her mouth and cheek. The swelling was not there earlier in the day.

According to an arrest statement, the defendant did not provide a reasonable explanation when asked about the injuries.

When the mom took her daughter to the hospital the staff found “multiple bruises on the front and back of her torso” and “multiple broken ribs.”

Landers told police later that he was “frustrated” because the child ” had several accidents in her pants and would not sit still when he tried to clean her.””

The injuries made Morgan suffer heart failure and she also had to have surgery to remove a flesh-eating bacteria. The injuries later became too much for her to handle.

Landers’s charges will likely be heavier now that the girl has died.