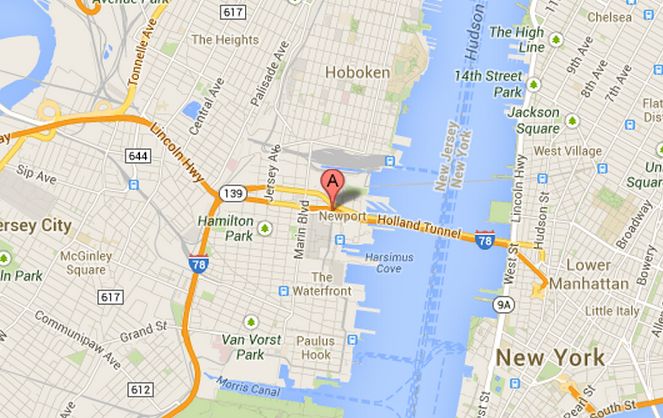 3 People Shot on NJ PATH Train, Started With a Man Bumping Into a Woman: Updated

UPDATE:  A suspect has been identified in the shooting that took place on the New Jersey PATH train Sunday morning: 34-year-old Tari Turpin of East Orange was apprehended after running a few blocks from the Newport station after the incident, reports CBS Local. The Newport station was closed due to police activity, but reopened at about 10:20 a.m.

Turpin was charged with aggravated assault and a weapons offense, reports CBS.

Around 5:30 a.m. Sunday, three people were shot and wounded on the PATH train in New Jersey near the Newport Station, reports NBC New York.

The victims are at Jersey City Medical Center and are expected to survive. They have not been identified. Train service is bypassing Newport because of the police investigation.  Service between Journal Square and Hoboken was temporarily suspended but has resumed.

Witnesses described the scene to My Fox NY as wild and chaotic, with people fleeing the shots. They told Fox that two people bumped into each other and then one person pulled out the gun and began shooting.