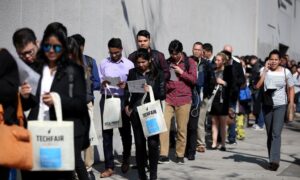 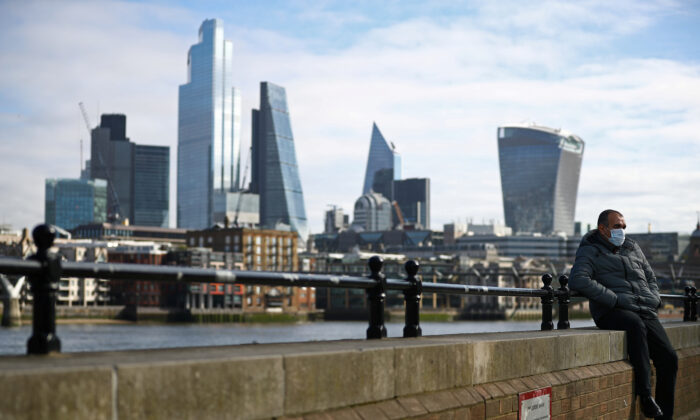 A man wearing a protective mask sits along the Southbank in front of the City of London financial district during rush hour, as the number of Coronavirus cases grow around the world, in London, Britain, March 17, 2020. (Hannah McKay/Reuters)
International

LONDON—How much damage have the COVID-19 pandemic and the collapse of oil prices inflicted on global financial markets this year? Put simply, it has probably been the most destructive sell-off since the Great Depression.

The numbers have been staggering. Roughly $12 trillion has been wiped off world stock markets, oil has slumped 60 percent as Saudi Arabia and Russia have started a price war, and emerging markets such as Brazil, Mexico, and South Africa have seen their currencies plummet more than 20 percent.

Volatility and corporate borrowing market stress have spiked on worries that whole sectors could go bust, airlines have had half their value vaporized, while cratering economies risk a new wave of government debt crises.

That carnage has translated to 22 percent and 20 percent slumps for Wall Street’s Dow Jones and S&P 500, respectively, along with declines of more than 23 percent for the MSCI 49-country world index and 26 percent for London’s internationally exposed FTSE.

For reference, the record quarterly drop for Wall Street was 40 percent in 1932 in the midst of the Great Depression. The fact that the S&P and Dow were at record highs in mid-February has made the crash this time seem more brutal.

Russian stocks, which topped the tables last year, have been routed 40 percent in dollar terms. South Africa, which was stripped of its last investment-grade credit rating on March 27, has fallen by the same percentage, though Brazil has been the worst, plunging 50 percent.

A large part of that is down to some wild FX market moves. All three of those countries have seen their currencies lose more than 20 percent this year, which also ties into the commodity market carnage.

Brent crude oil has fallen by 65 percent in the quarter to just $25 a barrel. This was not only because of the coronavirus crisis, but also the price war between Saudi Arabia and Russia, which is putting their public finances at risk.

Industrial metals like copper, aluminum, and steel have all dropped 15 percent to 22 percent and some agricultural staples such as coffee and sugar are down 17 percent and 10 percent, respectively.

So are there any places to shelter? Yes, but not many.

Sit-on-your-sofa-suited stocks such as Netflix and Amazon have risen roughly 15 percent and 7 percent, respectively, and some specialist medical equipment companies also have surged.

The dollar has rocketed against emerging market currencies. It had also shot up against the majors too, but has eased back over the last two weeks and will end the quarter only 3 percent higher against those bigger currencies.

This has left the Japanese yen, the other traditional FX safe-haven, with only a 0.5 percent gain. The Swiss franc is down against the dollar, although it has climbed steeply against the euro and many other currencies.

Will April bring much relief? JPMorgan reckons the CCP (Chinese Communist Party) virus, commonly known as novel coronavirus, will have pushed the world economy into a 12 percent contraction in the first quarter and with pandemic still spreading rapidly and keeping large parts of the global economy shuttered, it’s unlikely to get much easier in the second quarter.

The cavalry has arrived, though. G-20 governments have promised a $5 trillion revival effort, major central banks have cut rates and restarted asset purchases. Markets bounced big last week until March 27 came and may still end the current quarter on a relative high.

Stephane Monier, chief investment officer at Lombard Odier, is looking to see whether infection rates in Europe and elsewhere peak as they did in Asia. If they do, markets could see a “V-shaped” 30 percent recovery, although if they don’t and cases jump in Asia again as lockdowns are lifted, it could be akin to a “war” situation that might weigh on the economy for more than a year.

“Our expectation is for a very volatile second quarter,” Monier said. “It is important to keep in liquid, high-quality assets.”

By Marc Jones. The Epoch Times contributed to this report.