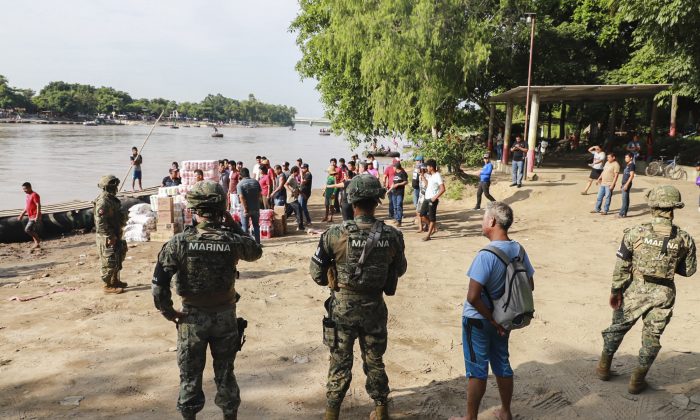 The three dead migrants included a girl from Honduras; the nationalities of the other two remained unclear. The van the migrants were riding crashed in the northern border state of Nuevo Leon.

It is not clear if the dead Mexicans included the driver of the vehicle.

The injured included people from Honduras, El Salvador, Guatemala, and Nicaragua. The institute said they would be given humanitarian visas, and the bodies of those deceased would be returned to their home countries.

Victims of crashes involving migrant smuggling are generally considered crime victims in Mexico, and thus are eligible for such visas.

Immigrants smuggling has become increasingly risky in Mexico, with dozens of migrants often found stuffed into freight trucks or buses.

In May, six migrants were killed and 25 were injured after a bus they were riding in plunged through a guardrail and down an embankment in the northern state of San Luis Potosi. All of the victims in that crash were migrants from Honduras, El Salvador, and Cuba.

A much larger truck carrying migrants overturned on a highway near the city of Tuxtla Gutierrez in December, killing at least 56 people.