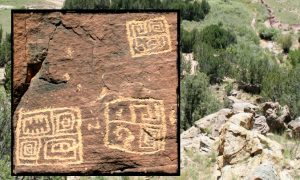 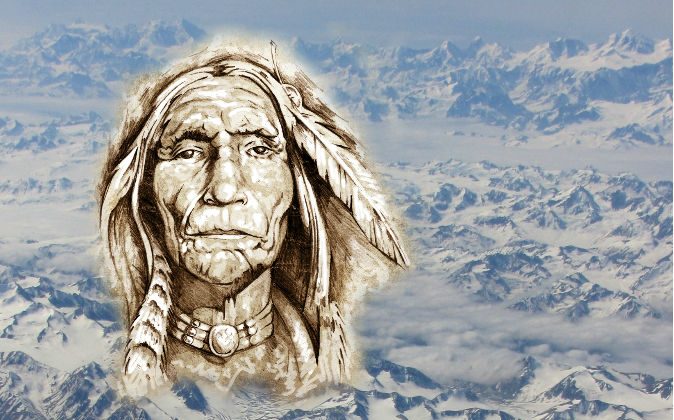 It is conventionally held in the scientific community that the New World was first populated some 12,000 to 20,000 years ago by a wave of migration across what is now the Bering Strait, on a land bridge that no longer exists.

We’ve explored in previous articles some of the genetic investigations and the alleged match between ancient Native American glyphs and ancient Chinese pictograms. Here we will look at what some linguists have to say about where Native American languages may have originated.

Johanna Nichols, professor Emeritus of linguistics at the University of California–Berkeley, counts among her specialties historical linguistics and linguistic geography.

“No high-latitude area like Siberia, Beringia, Alaska, or northern Canada could have contributed or transmitted the linguistic diversity to seed the New World in these time frames.”
— Johanna Nichols, linguist, University of California–Berkeley

She wrote in her paper, “Linguistic Diversity and the First Settlement of the New World,” published in the journal Language in 1990, that the theory of migration 12,000 to 20,000 years ago is seemingly incompatible with linguistic evidence. “No high-latitude area like Siberia, Beringia, Alaska, or northern Canada could have contributed or transmitted the linguistic diversity to seed the New World in these time frames,” she said. She estimates it would take 50,000 years for a single wave of migrants to diversify a single tongue to the extent seen in Native American languages today. She said the language may have evolved such diversity in 35,000 years if migrants had come in multiple waves.

Sapir: ‘Tremendous Lapse of Time’ or Series of Migrations?

In the early 20th century, renowned linguist Edward Sapir said that the New World was likely populated much, much earlier than conventionally held, or it was populated by multiple migrations.

Sapir received a Ph.D. in linguistics from Stanford University, he was a student of famed anthropologist Franz Boas and a teacher of famed linguist Benjamin Lee Whorf. Sapir spent decades studying Native American languages, and held many positions in this field, including that of chief ethnologist in the Division of Anthropology in the Geological Survey of Canada.

In the book, “Selected Writings of Edward Sapir in Language, Culture and Personality,” Sapir is quoted: “If the apparently large number of linguistic stocks recognized in America be assumed to be due merely to such extreme divergence on the soil of America as to make the proof of an original unity of speech impossible, then we must allow a tremendous lapse of time for the development of such divergences, a lapse of time undoubtedly several times as great as the period that the more conservative archaeologists and palaeontologists are willing to allow as necessary for the interpretation of the earliest remains of man in America.”

“This would make it practically imperative to assume that the peopling of America was not a single historical process but a series of movements of linguistically unrelated peoples, possibly from different directions.”
— Edward Sapir, linguist

He said the alternative is that immigrants who peopled the American continent were, at the earliest period of migration, already speaking several unrelated languages. “This would make it practically imperative to assume that the peopling of America was not a single historical process but a series of movements of linguistically unrelated peoples, possibly from different directions.”

Sapir’s ideas remain relevant in the debate about Native American linguistic origins today. Suzanne Kemmer, an associate professor of linguistics at Rice University, wrote in a biography of Sapir: “At the present time his grammatical analyses are still read and marveled at as models, but his work on longer-range language classification of American Indian and other languages is not accepted by the current field of American Indian linguistics, which has been in ‘splitting mode’ since the 1960s.”

Though some of his ideas are not accepted conventionally, some current research suggests they may be valid.

Lyle Campbell, an anthropologist at Louisiana State University, noted in his paper “The History and Classification of American Indian Languages: What are the Implications for the Peopling of the Americas?” that Sapir’s ideas are as probable in light of what we know today as they were in light of what was known in his time. “It shows how little progress has been made since his day in establishing a correlation between linguistic classification and the original peopling of the Americas,” Campbell wrote.

Lyle Campbell: Many Possibilities to Explore

Campbell said standard historical linguistics has found at least 135 distinct units in Native American languages. He refrained from guessing at a date of first migration to the New World, saying it’s impossible to tell with certainty based on linguistics alone. But, he said, many possibilities are left open.

“All of these hypotheses would have to deal with the generally observed fact that there is more linguistic diversity in the Americas than in Eurasia, in spite of the relatively recent peopling of the New World,” he said.

Though many possibilities are left open by linguistic analyses, many researchers of Native American origins have mistakenly taken the linguistic evidence to favor the Bering Strait theory, according to Campbell.

Many researchers of Native American origins have mistakenly taken the linguistic evidence to favor the Bering Strait theory.

Campbell and three other linguists wrote a letter to the editor of the American Journal of Human Genetics in 2004 to try and set the record straight. The problem, they said, hinges on the work of a single linguist, Joseph Harold Greenberg (1915–2001), an anthropology professor at Columbia University and, later, Stanford University. Campbell and his co-authors summarized the conclusions made by Greenberg in his 1987 book “Language in the Americas”: “Greenberg argued that all Native American languages, except those of the Na-Dene and Eskimo-Aleut groups, are similar and can be classified into a single linguistic unit, which he called ‘Amerind.'”

Campbell’s letter listed many reasons to question Greenberg’s findings, including the following: “Greenberg made no attempt to eliminate such explanations, and the putative long-range similarities he amassed appear to be mostly chance resemblances and the result of misanalysis—he compared many languages simultaneously (which increases the probability of finding chance resemblances), examined arbitrary segments of words, equated words with very different meanings (e.g., excrement, night, and grass), failed to analyze the structure of some words and falsely analyzed that of others, neglected regular sound correspondences between languages, and misinterpreted well-established findings.”

Nonetheless, in an analysis of 100 studies of Native American genetic variation published between 1987 and 2004, Campbell and his team found 61 cited Greenberg, and at least 19 others were influenced by his classification.

Mistaken Dating in Australia Could Be Lesson in America

Before hard physical evidence was discovered to show the Australian Aborigines inhabited the land long before commonly accepted, linguists had anticipated this fact.

Alex Ewen, who has covered Native American origin studies extensively for the media outlet “Indian Country,” explained: “[Australia] is one of the most linguistically diverse areas in the world, home to more than 1,000 languages, about one-fifth of the world’s total. The linguists had already predicted that the ‘time depth’ required to achieve this type of linguistic diversity was clearly not in the thousands of years, but in the tens of thousands of years. Subsequent archaeological finds have now pushed back the date of human occupation of Australia to a minimum of 45,000 years ago and possibly 60,000 years ago.”

Ewen quoted Nichols: “The unmistakable testimony of the linguistic evidence is that the New World has been inhabited nearly as long as Australia or New Guinea.”

*Images of a Native American and mountains in Alaska via Shutterstock