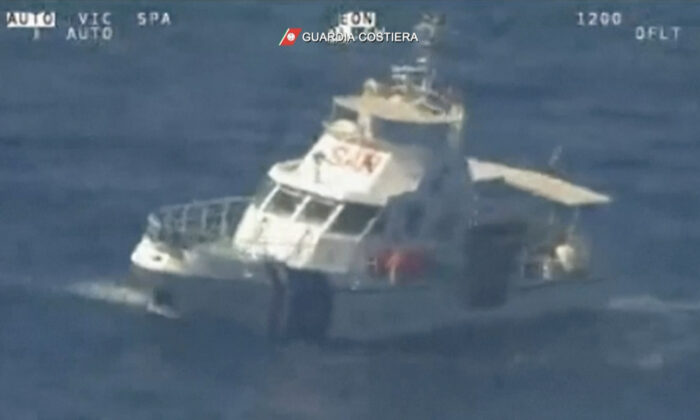 ROME—Three people died and two were still missing after a tugboat sank off the southern Italian coast while pulling a pontoon on a route between Italy and Albania, the coastguard said on Thursday.

The Franco P tugboat sent an alarm signal on Wednesday evening, while sailing some 50 nautical miles (92.6 km) off the city of Bari, an Italian coastguard statement said.

The coastguard initially said four bodies had been recovered and another had been spotted at sea.

However, in a statement issued later in the afternoon, it said three bodies were being transported ashore while two were still missing.

“The search continues for two more bodies whose discovery was initially reported by units in the area but did not prove to be true,” it said.

The tug’s captain was saved by a Croatian vessel during rescue operations overnight, which took place in very rough seas, the statement said.