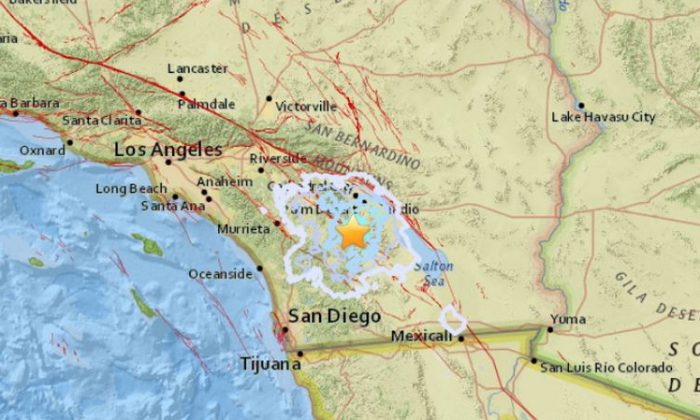 A 3.7-magnitude earthquake struck near Anza, California, on Monday, Feb. 26, according to the U.S. Geological Survey.

The quake’s epicenter was 61 miles northeast of San Diego, 11 miles east of Anza, and 17 miles southwest of La Quinta, California, the agency said.

According to NBC San Diego, no injury or damage reports were received by the Borrego Springs Fire Protection District.

A local woman told the station that the quake lasted about 1.5 seconds.

“Thought it was a semi passing by until the slight jolt hit, that’s when I realized it was an earthquake. Felt it in Coachella,” wrote a commenter on the local KESQ website.

Yes, felt it in La Quinta. Could you check on a poss fire in Anza? Husband driving though there and saw (what looked like a new/large fire) developing on the mountain in Anza. Not sure if earthquake related

Did anyone else feel an #earthquake? It was a 3.8 magnitude in #Anza