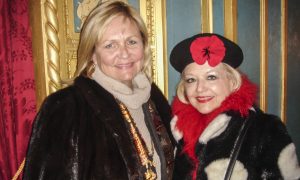 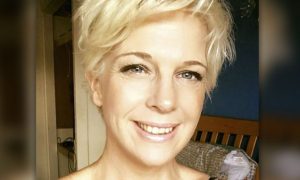 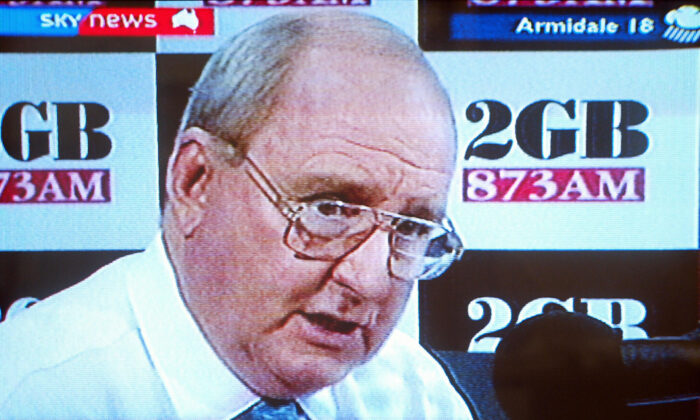 After 35 years of dogmatic and determined radio commentary, Alan Jones has signed off from the airwaves on a tender note, saying he hoped his breakfast show had provided “stepping stones” for listeners.

Jones, 79, called time on his 2GB breakfast slot on May 29 before playing his decades-old theme song Gloria by late US singer Laura Branigan.

Broadcasting from his Fitzroy Falls home in the NSW Southern Highlands, Jones dedicated his final program to his “loyal, supportive and sometimes critical” listeners and thanked the producers and technicians.

In his final remarks, the former Wallabies coach quoted US poet Robert Lee Sharpe, saying all people throughout their lives build a “stumbling block or a stepping stone”.

“Together in spirit always, but for now, goodbye.”

Jones this month announced he was retiring on the advice of doctors after decades of early-morning starts to prepare for his three-hour program.

During his final show, he spoke with NSW Police Commissioner Mick Fuller – who thanked him for his support of officers and public safety – as well as Prime Minister Scott Morrison.

“It’s an extraordinary career by any estimation and, beyond that, there’s a broader contribution to public life on so many issues,” Morrison said.

NSW Deputy Premier John Barilaro phoned in to tell Jones his support for the regions would not be forgotten and he was “a champion for Team Australia”.

“What keeps me up at night is that there are people falling through the cracks and if it wasn’t for you, Alan, they would never be identified,” Barilaro said.

Others to call in on Friday included ex-Socceroo Mark Bosnich, former Australia cricket star Matthew Hayden and ex-Canberra apparatchik and Jones’ Sky News TV co-host Peta Credlin, who described the broadcaster as “the ombudsman of life”.

An audio reel of Jones’ most significant radio moments and guests – including each Australian prime minister over the past 35 years, now-US President Donald Trump and entertainers Jane Fonda, Kenny Rogers and Lionel Richie – was also played.

Jones’ radio career began at 2UE in 1985 and moved to 2GB in 2001, where he delivered a record 226 wins in rating surveys and drove the station to No.1 in the Sydney market.

He is expected to continue as a newspaper columnist for News Corp Australia and as an evening TV show alongside Credlin on Sky News.

He’ll be replaced in the 2GB breakfast slot by Ben Fordham.

“You can’t work with someone for 35 years and not have a stink, and I’ll miss the stinks, (but) not as much as I’ll miss the good times,” Hadley said.

Advertisers fled the station after Jones suggested Morrison “shove a sock down her (Ardern’s) throat” over her views on climate change.

Jones and Macquarie in September 2018 were also hit with a record defamation payout of $3.7 million to Queensland’s Wagner family.