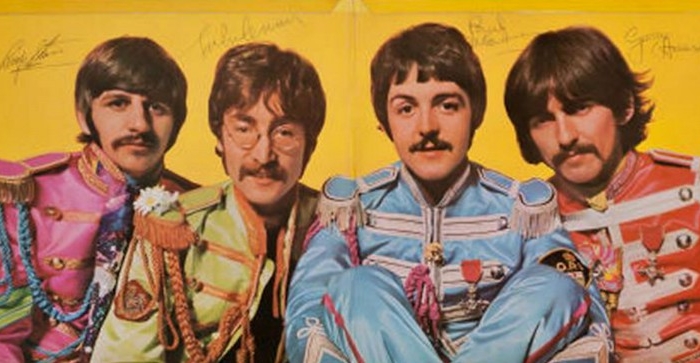 A photo of the signed cover of the Beatles's Sgt. Pepper's Lonely Hearts Club Band album posted on the auction website Heritage Auctions. The album fetched $290,500 with 18 bidders on March 30, 2013. (Screenshot via The Epoch Times)
Entertainment

An original 1967 Parlophone Records issue Sgt. Pepper’s Lonely Hearts Club Band album with signatures of all four Beatles next to their respective images was expected to sell for about $30,000, but fetched a record-breaking $290,500 in an auction on Saturday.

According to Billboard, the highest price paid for a Beatles album prior to Saturday’s sale was $150,000 for a signed copy of Meet the Beatles.

The BBC quotes Beatles expert Perry Cox, who said before the sale: “With my being thoroughly immersed in Beatles collectibles for over 30 years, it takes something extraordinarily special to excite me, but I consider this to be one of the top two items of Beatles memorabilia I’ve ever seen—the other being a signed copy of Meet The Beatles.”

The auction was conducted through Texas-based Heritage Auctions. The website auctioned off $1,011,748 in music and entertainment memorabilia on Saturday, but the Beatles album went for the highest price by far.

The next highest priced sale was $68,500 for a Marlon Brando Golden Globe Award. The award was for best dramatic performance in 1954 for his role in “On the Waterfront.”