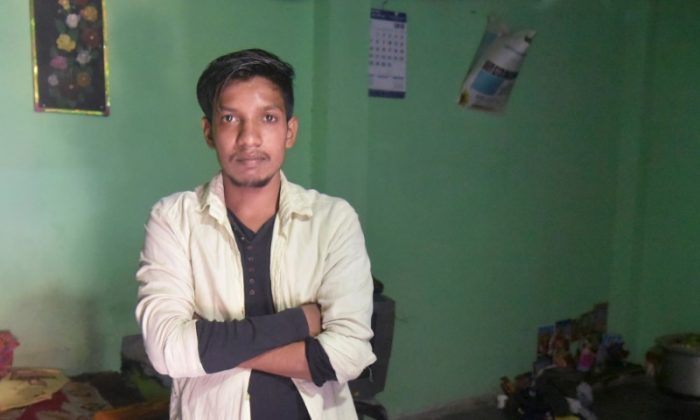 When a Text Can Trigger a Lynching: WhatsApp Struggles With Incendiary Messages in India

MUMBAI—A WhatsApp text circulating in some districts of India’s central Madhya Pradesh state helped to inflame a mob of 50-60 villagers into savagely beating up two innocent men last week on suspicion that they were going to murder people and sell their body parts.

The essence of the message, written in Hindi, was that 500 people disguised as beggars were roaming the area so that they could kill people to harvest their organs. The message also urged recipients to forward it to friends and family. Police say the message was fake.

Police officers who joined several local WhatsApp groups, found three men circulating the message and they were arrested, said Jayadevan A, the police chief for Balaghat district, where the incident occurred.

This happened just weeks after a WhatsApp text warning of 400 child traffickers arriving in the southern Indian technology hub of Bengaluru led a frenzied mob to lynch a 26-year-old man, a migrant construction worker from another Indian state, on suspicions that he was a kidnapper. He was attacked while he was just walking on the road.

So far this year, false messages about child abductors on Facebook Inc <FB.O>-owned WhatsApp have helped to trigger mass beatings of more than a dozen people in India – at least three of whom have died. In addition, fake messages about child snatchers on Facebook, as well as some texts on WhatsApp, also led to the lynching of two men in eastern India earlier this month.

With more than 200 million users in India, WhatsApp’s biggest market in the world, false news and videos circulating on the messaging app have become a new headache for social media giant Facebook, already grappling with a privacy scandal.

In India, a country with over a billion phone subscribers with access to cheap mobile data, false news messages and videos can instantly go viral, creating mass hysteria and stirring up communal tensions.

Those tensions can be high between the Majority Hindu community and the minority Muslim population but also within the rigid Hindu caste hierarchy where the so-called Dalits at the bottom of the pyramid have faced attacks for trying to improve their position in society.

In 2017, at least 111 people were killed and 2,384 injured in 822 communal incidents in the country, according to the federal home affairs ministry. It is unclear whether any of these incidents were triggered by fake news messages.

WhatsApp said it is aware of the incidents in India through media coverage.

“Sadly some people also use WhatsApp to spread harmful misinformation,” WhatsApp said in a statement. “We’re stepping up our education efforts so that people know about our safety features and how to spot fake news and hoaxes.”

Group texts, where fake news spreads most easily, are still a minority: 90 percent of messages are between two people, and the average group size is six people, according to the messaging platform.

WhatsApp also said it is considering changes to the service. For example, there is now a public beta test that is labeling any forwarded message.

The company is not planning any changes to its encryption, which ensures messages are not read by anyone except the sender and the recipient.

Indian ministries of IT, home affairs and information and broadcasting did not respond to requests for comment.

A deluge of hoax news incidents, several with fatal consequences, may bolster the Indian government’s attempts to get social networks to share more user data so that police can track down those spreading rumors. That concerns privacy advocates who fear the authorities will use such access against activists and political opponents, and not just against those spreading malicious information.

“Government restrictions on dissemination of false news are too often an attempt to shroud government intentions of restricting freedom of expression and criticism,” according to David Kaye, United Nations Special Rapporteur on the Right to Freedom of Opinion and Expression.

India’s Ministry of Information and Broadcasting has also recently floated a tender for a firm to scrutinize social media posts of Indian users and identify fake news.

The Indian authorities have been signaling they will take an increasingly harsh line with foreign companies who are providing Internet services in India.

“There is a distinct link between fake news and laws being proposed undermining privacy,” said Apar Gupta, a co-founder of advocacy Internet Freedom Foundation.

One floating in Bengaluru last month warned parents to take “extra measures towards the safety” of children during the Muslim holy month of Ramadan as they remain busy with prayers and shopping.

More than 500 kidnappers have entered the southern state of Karnataka from western Rajasthan state and the cities of Chennai and Hyderabad, the message said.

WhatsApp messages on organ thieves or child abductions are just the tip of the iceberg though – fake reports can range from incorrect medical advice to news about top jobs.

A recent message circulating in India’s northeast starts by saying the deadly brain-damaging Nipah virus has arrived in Shillong city and advises parents to keep children away from lychees, a popular summer fruit. No confirmed cases of Nipah have been found yet outside of southern Kerala state.