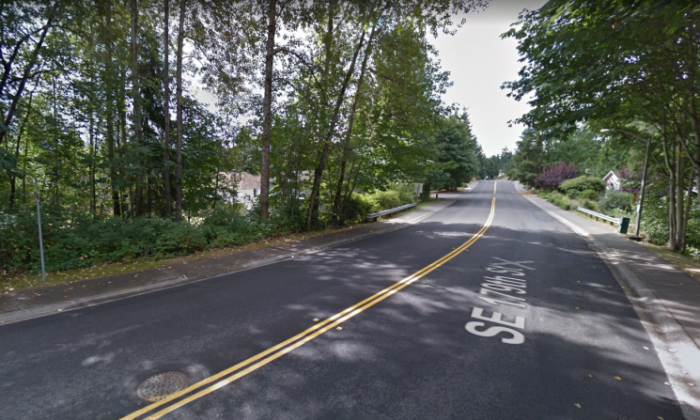 The father of a 4-year-old girl said it is a miracle that she survived a freak accident that killed her mother and seriously injured her aunt.

A tree snapped and crashed down onto a car in Renton, Washington, on Monday, Nov. 13, killing 34-year-old Deidra Clark and injuring her twin sister. Despite nearly totaling the car, the tree’s impact left a small pocket untouched.

Dad, Norman, talks about how A-Myracle survived yesterday's tree accident and lived up to her name. pic.twitter.com/x8JYuhq3c8

“I was concerned for my daughter. And I ran to the car and she wasn’t in the car,” Norman Devoe told KING5 reporter Natalie Swaby.

“I thought she was in the front seat,” Devoe continued, “But the neighbor said they had her safely at their house, so I thank God for that.”

While firefighters worked on freeing the passenger in the front seat, neighbors pulled A’Myracle out to safety.

The fatal accident happened on the 15900 block of Southeast 179th Street, which borders Seattle. First responders to the scene said the tree may actually be on Seattle property.

Devoe is still in shock from losing Clark, saying that he woke up every 15 minutes the night after she died.  He said his little girl was asking when mom is coming back home.

Now Devoe is questioning whether something could have been done to prevent the death before a windstorm brought down the tree on Monday.

This is where the large tree broke off, about 10-15 feet up from its base. KCSO says tree is about 30 inches in diameter pic.twitter.com/posIzGIIgg

“If you’ve got dead trees or trees leaning across the street, cut it down before somebody gets killed,” said Devoe.

The tree trunk was about 30 inches in diameter and snapped off about 10-15 feet from the ground.

Neighbors left flowers at the spot of the accident.

“It was really surreal to see the car and the condition it was in,” a neighbor said. “And a little child there just looking out.”

Flowers left near scene of tree accident that killed a 33yo mother. Her toddler daughter is ok. Her sister is in ICU pic.twitter.com/dYtFrCeSWB

“I’m having a hard time. It’s unbelievable,” Devoe said. “We just bought round-trip tickets to see my family. I sent them out shopping to pick up some clothes for the trip. They’re on their way home. Got trees leaning over the street, wind blowing. Took her mother, took my daughter’s mother, took her life.”

Devoe said that he was at the car 30 seconds after the tree landed. But the trunk was so big that a person couldn’t lift it up.

“It still hasn’t sunk in yet,” Devoe said.