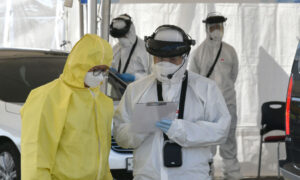 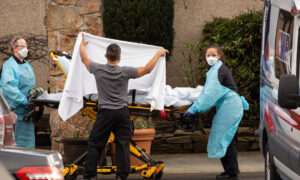 4 New Cases, Including One Death, Linked to Coronavirus Outbreak at Washington Nursing Home
0 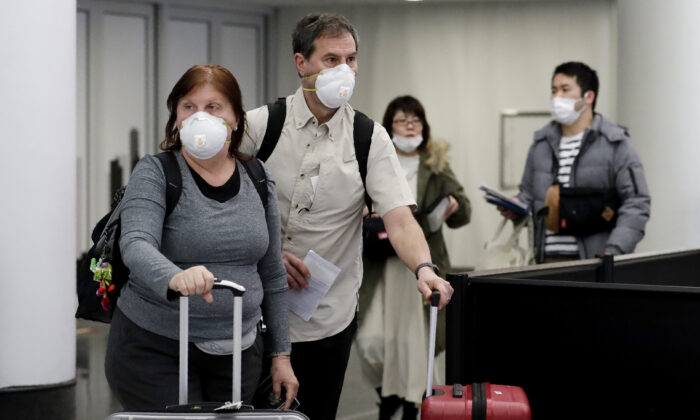 91 Coronavirus Cases Confirmed in the US: CDC

There are 91 cases of the new coronavirus as of Monday morning, according to the Centers for Disease Control and Prevention (CDC).

The agency released updated figures after at least 23 new cases of the coronavirus were confirmed in the United States over the weekend, including the country’s first two deaths from the new disease it causes.

New cases were announced in five states: Washington, Oregon, California, Rhode Island, Florida, and New York. The two deaths were both in Washington, where a nursing home is on lockdown over dozens of residents and staff members showing symptoms.

Thirteen people have tested positive for the virus in the state—10 in King County and three in Snohomish County, state officials said. Ten of those infections were new over the weekend after two were reported on Friday.

Florida reported two cases, the first in the state, over the weekend, prompting Gov. Ron DeSantis to declare a public health emergency. One Florida resident traveled to Italy, which has reported an explosion of cases in recent days. U.S. officials said over the weekend that Americans shouldn’t travel to parts of Italy or South Korea and should reconsider going to the rest of the countries. The second Florida resident has no travel history.

Rhode Island also announced that two patients tested positive for the virus, the first cases in the state. The patients both traveled to Europe on a high school field trip. And New York reported its first case, a woman in her late 30s who became infected while in Iran. New York Gov. Andrew Cuomo said on Monday morning that the woman, who is in her 30s, contracted the virus during a recent trip to Iran and was in isolation at her house.

California reported six new cases, including four in Santa Clara County, upping the total in the state to 16. The first new case there was reported on Saturday. The adult woman is a “household contact” of a previously confirmed case and is “not hospitalized or ill,” the county’s Health Department said in a statement.

The county on Sunday said there were three new patients including a husband and wife who recently traveled to Egypt.

Oregon reported its second case on Sunday after an elementary school worker tested positive late last week, prompting the closure of the school at which he or she is employed. The new patient is an adult household contact of the first patient, the Oregon Health Authority said in a statement.

Illinois over the weekend recorded its third case, the first in weeks. The patient is currently hospitalized.

With the figures reported over the weekend, the national tally appeared to be 88. The CDC reported that another case was confirmed among those evacuated from the Diamond Princess cruise ship in Japan. It wasn’t immediately clear where the other cases were from to make 91 total in the country.

There are now 45 cases confirmed among those evacuated from the ship, as well as three patients among those flown from Wuhan, China.

The new virus emerged in China late last year and has spread to dozens of countries since. Experts say the best ways to avoid the illness include frequently washing hands, avoiding sick people, and not touching one’s nose, mouth, or eyes with unwashed hands.