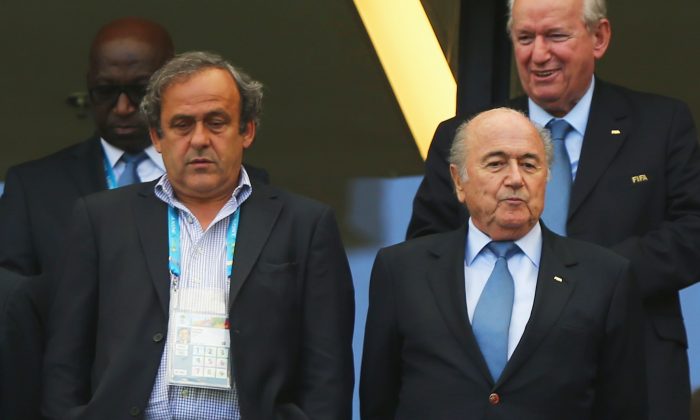 2018 World Cup Qualifying: 40 Instead of 32 Teams in Russia FIFA Tournament?

More nations may be playing in FIFA’s next global football tournament.

The qualifying rounds of World Cup 2018 have yet to be announced, but UEFA chief Michel Platini has suggested that the tournament be expanded from 32 teams to 40 teams.

Platini reasoned that the change would allow more Asian and African countries to take part without reducing the number of European teams in the competition.

FIFA president Sepp Blatter had previously suggested that some European teams should make way for African and Asian countries.

If Platini’s suggestion comes to fruition, there will be 5 teams instead of 4 teams in each World Cup finals group.

There are currently 13 European teams in the 2014 World Cup, and only 5 African and 4 Asian teams.

Platini told Britain’s Times newspaper that the move would be “good for everybody.”

“We can add two African, two Asiatic, two American, one Oceania and one from Europe,” he said.

However, FIFA general secretary Jerome Valcke has said that Platini’s suggestion is “unlikely” to occur.

“We’ve already got to the stage of discussing the calendar,” said Mutko.

“Everything’s possible, but you need to respect the country that’s carrying out the preparations for the tournament.

“We’re preparing on the basis that 32 teams will be taking part.”