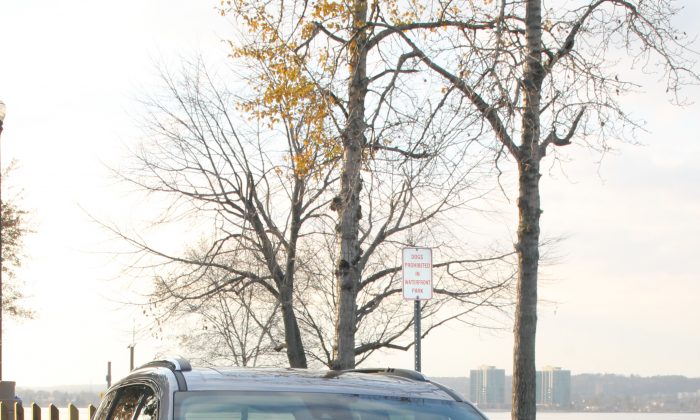 2017 Chrysler Pacifica Limited: A (Mini) Van for All Seasons

For many people driving the roads and highways of Canada in the mid-1980s, the common perception that this hugely popular mode of family transportation, the minivan was brought to market by Chrysler Corporation, now known as FCA—Fiat Chrysler Automobiles.

In fact, the first manufacturer to introduce the consumer-buying public to a minivan in a mass-produced iteration was General Motors in 1960 with the introduction of the Corvair Greenbrier—an automobile that became a foot note in history, a winning answer in any trivia game played in bars across the land. There had been other “ventures” in 1935 when nine models of something called a “Scarab” was built and then in 1950 when Volkswagen introduced a vehicle known as a micro-bus in Europe.

It was not until November of 1983 when Chrysler introduced the Dodge Caravan and Plymouth Voyager for the 1984 model year did the idea catch on and become a phenomenal success—especially in North America.

Based upon the equally successful K-car platform, the vehicle which infamous auto executive Lee Iacocca introduced to “save” the Chrysler Corporation from certain financial oblivion, the Dodge and Plymouth models brought costs down and made minivans an affordable and practical option for parents and families, eventually becoming the transportation of choice of many.

Originally intended, perhaps accidentally for busy Moms charged with ferrying kids to and from school, multiple social practices and the like, over the years this seemingly ubiquitous mode of transport has furthered its value as a utility-type vehicle to one that can reside in a driveway or be parked by a valet attendant with a little pride and a smile.

Minivans can be Aspirational

Truth be known, I’m a huge fan of minivans. To be clear, not the basic mid-80’s iteration but the loaded, stylish, and practical models from the late 90’s that earned grudging nods of admiration from fellow drivers when you pulled up at your destination, stopped, pressed a button, and a power side door slid open effortlessly while a passenger unbuckled the seat belt from their captain-type seat and stepped out into reality without falling over helmets, equipment bags, and a frozen turkey.

The third generation Nissan Quest SE was my vehicle of choice back in 2004 for four wonderful years. I was a true road warrior, living north of Peterborough and driving the 115/401 combination twice a day into just east of downtown Toronto. A comfortable, long wheel base monster, this “beast” seemed indestructible and could handle roads and weather with ease. It was likely my first long-term “affair” with any vehicle.

While I never thought of a minivan as aspirational, when FCA Canada presented the opportunity to drive the latest, loaded Pacifica Limited for a week, as soon as I eased into the driver’s chair, it all came rushing back.

Can This Minivan be a Category Killer?

The changes in engineering and design quickly become obvious and within an hour of driving, this auto felt as comfortable as a well-worn pair of blue jeans: this felt so right!

Does this expensive, premium family hauler hit the mark?

The answer is a resounding yes on all counts (cost, perhaps not so much), but on everything else, it would appear that FCA has a winner on their hands! While unlikely to hit the lofty heights of units sold as either the salvation-earning Reliant or Aries or even the Caravan or Voyager, this vehicle will sell and will, based on my time spent driving it, prove to be popular with many disparate drivers and not just “hockey Moms”!

With its low-to-the-ground, sleek styling and upgraded entertainment connectivity, FCA is pitching the Pacifica to families as an emotional buy. It’s a must buy. Extreme? Perhaps, but in reality, that premise is not that far off the mark. This vehicle, is really handsome-looking as equipped (loaded to the gills) does everything and does it very well, indeed.

If you have a family with kids whose hands are permanently gripping a game controller or some smart device or other this vehicle is the answer to every parent’s dreams—especially on long trips. For tech-addicted kids, you (and they) will soon find no fewer than 11 power sources, including eight USB ports. In addition, on this Limited model, there’s also a rear entertainment system complete with a DVD player, games, and the oh-so-perfectly named “Are We There Yet” app which is a kid-friendly take on flight tracker maps found in many commercial passenger airliners.

The Sum of the Parts Equals the Whole

FCA’s attempt to make the greatest minivan ever came with a hefty price tag. The Pacifica will replace the Town & Country, FCAs earlier built in Canada premium hauler. Remember, the “base” model, the Touring-L starts at $43,995 so that sits at the lower end of the Town & Country it replaces. The model we tested came in at $62,340. That’s a lot of hockey gear! The automaker reportedly spent more than US$2 billion developing this all-new Pacifica. That’s a ton of cabbage for a category some predict will soon be a thing of the past as sales of sport and crossover utility vehicles continue to forge ahead. It would be safe to say that much money was invested in the workhorse 3.6 L Pentastar V6, seen in many FCA products within the family lineup. This North American naturally-aspirated motor has been tweaked for efficiency and more power, now producing 287 hp and 262 lb-ft of torque (4 hp and 2 lb-ft more than the same size engine before). While on the face of it, this does not really sound or feel like a game changer, when mated to a 9-speed automatic, a gearbox that experienced “teething issues” since making its debut in other FCA products such as the Jeep Renegade, Chrysler 200, and the Jeep Cherokee, everything feels more… positive. There, and now, the automaker has done its homework. The transmission is pretty solid. Shifts are smooth, and the gearbox is much more eager to downshift, which was not the case before.

Even my wife, notoriously picky when it comes to seats, their cushions and lumbar support, found the seats comfortable: we both felt that the interior, generally, is a significant improvement in build-quality over the outgoing Town & Country. Our test car had the optional power-folding third-row seats, which were very easy to operate and presented great versatility vis-à-vis “cargo” capability (bags of groceries, hockey equipment, and the like). In fact, a trip to Costco was a breeze when we stocked up on bulky household essentials!

FCA state that the Limited version of the Pacifica hits the scales at a bit over 2,091 kg, and is a tad heavier than the competition in this premium family minivan category—the Honda Odyssey and the Toyota Sienna. Thing is, it really never felt heavy, unwieldy, or even awkward regardless of the road conditions or the weather.

Chrysler’s well-regarded UConnect infotainment system returns with some updates: The 8.4-inch touchscreen is nicely responsive, with a good selection of apps including things like Yelp (where are we going to eat). We did enjoy using the smartphone-like drag-and-drop menu bar. There is an optional Wi-Fi hotspot, but, it appears to be only 3G not 4G LTE. In our tester, Apple CarPlay and Android Auto were not yet available. On the face of it, not a deal breaker but this year, we have become accustomed to many manufacturers offering both or at least one. Spoiled? Perhaps, but it’s something consumers, especially those with tech-savvy kids will appreciate.

Will the 2017 Chrysler Pacifica improve the bottom line of FCA? These days the marques in the lineup that contribute healthy profitable dollars continue to be Jeep and Ram: This very good, yet expensive everyday transporter, should do well and make a mark on its own merits. Frankly, much will depend on general fit and finish, areas where, in the past, the side has been let down.

Will it be enough? Time and the whims of a buying public will tell that tale.

2017 Chrysler Pacifica Limited
Body Style: Family minivan.
Drive Method: Front-engine, front-wheel drive. A planned AWD version was scrapped in July 2016. However, it should be noted that the design architecture of this vehicle is such that the additional drivetrain for presenting an all-wheel-drive version is there.
Engine: 3.6 L Pentastar™ VVT V6 engine (287 hp, 262 lb-ft of torque) mated to a 9-speed automatic transmission.
Cargo Capacity: 32.3 cu ft (with all seats in place) and 140.5 cu ft maximum.
Fuel Economy: 12.9/8.4 L/100 km (city/highway).
Price: $62,340*.
*Includes freight and PDI. HST extra.