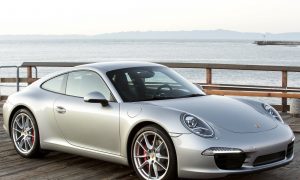 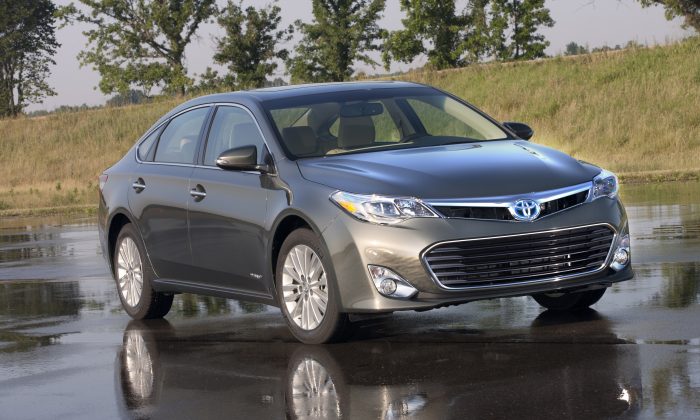 Even though the Hybrid is only equipped with a 4-cylinder engine, the electric components help it quickly accelerate with plenty of stamina for the long passing situation.

The Avalon has a 3.5” Multi-Information Display between the two round gauges in the main dash panel. This display shows you everything you need to know. A simple glance tells you how much fuel you have left, shows your current mpg, and on some models it also displays navigation info to get you to the exact spot.

One of the ways Toyota has increased the mpg was by designing a lighter body with a drag coefficient of 0.28. Each panel was sculpted to help quiet wind noise, while the chassis was made more rigid for better handling and a crisper response, whether on a winding road or in a straightaway. All these choices shaved 119 pounds off the final body weight.

There are plenty of technological features on the Avalon. Everything from Sirius XM radio to Bluetooth and back up camera make driving an Avalon friendlier. But the interior is not very exciting, even with the edgier design motif, dual zone auto climate control, and multi-stage heated leather-trimmed 8-way power seats. Yet it displays practicality, while whispering pleasantness to the eye.

On the outside, the Avalon Hybrid is stylish and attractive. Quadrabeam headlights with automatic off/on, heated side mirrors with turn signals, fog lights and daytime running lights, and power tilt/slide moonroof are but a few of the outside amenities.

Avalon is silk slick in appearance with an aerodynamics appeal outside. The hybrid is made to run quietly, and will always stay the course delivering a source of pride the minute you get behind the wheel.

The standard feature my wife enjoyed the most on the Hybrid XLE was Entune. This is a technology that connects with a compatible smart phone. The multi-media system gives you access to more information than ever before. You can stream music with Pandora, locate restaurants with Bing, and get movie tickets from movietickets.com. All these possibilities are part of the Intellitouch controls that are simple to use. She decides where we eat, what we see, and when we go. Not to worry. I have the best part. I get to drive the Avalon.

Should you just not be interested in a hybrid, but want a great car, the Avalon is still your best bet. Toyota builds a powerful, efficient engine in Avalon with a 3.6-L V6 engine that produces 268 horsepower while offering an EPA estimated 31 mpg highway.

Toyota Care is a complimentary scheduled vehicle maintenance program offered on all new purchased or leased Toyota vehicles for two years or 25,000 miles, whichever comes first. A new Toyota will be covered for normal faculty schedules services as well as for 24/7 roadside assistance.

The Avalon was designed and assembled exclusively in the United States.