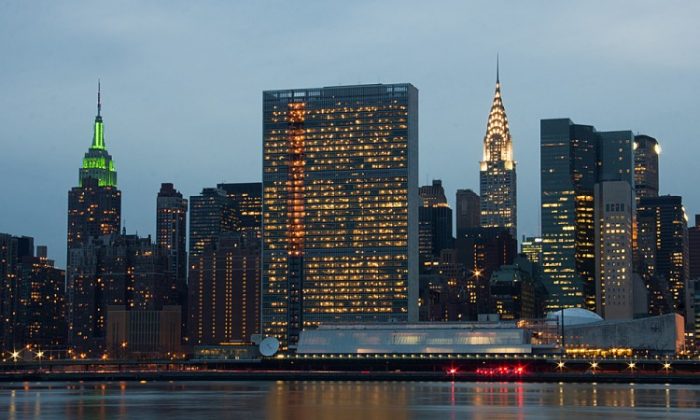 (Courtesy of the Council for Community and Economic Research)
US

Discontent grew over the controversial practice of stop, question, and frisk used by the NYPD, despite a decrease in reported numbers for 2012 and a list of promised reforms by Police Commissioner Raymond Kelly in May. In October four bills were introduced in City Council, including prohibiting bias-based profiling. The bills remain in committee.

Three of New York City’s boroughs—Manhattan (1), Brooklyn (2), and Queens (6)—were listed in the nation’s top 10 most expensive urban areas in the cost of living index, published in September.

On Aug. 16, Mayor Michael Bloomberg announced funding for a new shark exhibit and an upgraded exterior for the Coney Island-based aquarium, ending a 10-year funding battle. On Oct. 29, floodwaters from Hurricane Sandy ravaged the aquarium, forcing it to close indefinitely while extensive repairs are made.

The bike share system has been delayed twice—once due to technology glitches and secondly due to Sandy damage. Originally scheduled to start in July, the rollout has been pushed back to May 2013. The system is slated to have 10,000 bikes and 600 stations.

Mayor Michael Bloomberg and critics of his style of governance clashed over a proposed ban of sugary drinks larger than 16 ounces with more than 70 calories. Bloomberg ultimately won when the Department of Health’s board, which he appoints, passed the measure. The ban goes into effect March 2013.

The popular High Line, a park on a former railway in Chelsea, will be extended with an early 2014 opening of the third section. Meanwhile, the Lowline, an underground park imagined in a former trolley stop on the Lower East Side, raised more than $136,000 for an innovative skylight demonstration.

A plan for 2,000 yellow cabs and 16,000 outer-borough taxis, which could pick up passengers everywhere but the Manhattan core and airports—was blocked temporarily by a judge in June. Supported by Gov. Andrew Cuomo and Mayor Michael Bloomberg, the plan, estimated to garner over $1 billion, faces fierce opposition from taxi owners and drivers.