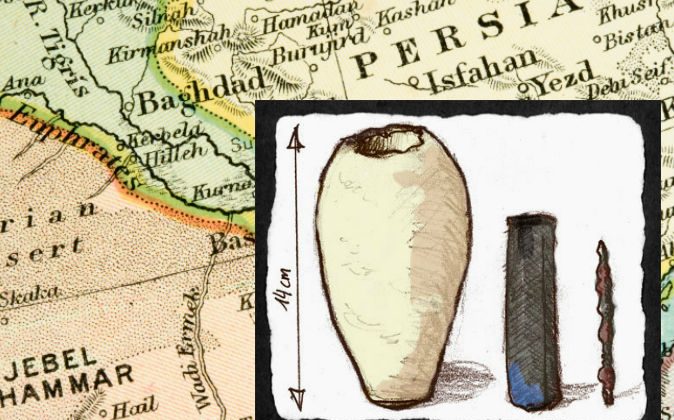 The so-called Baghdad batteries are artifacts found by German archaeologist Wilhelm Konig in 1938 just outside of Baghdad, Iraq. Replicas of these artifacts prove that they could generate more than a volt of electricity—thousands of years before it was thought humans had the technology to do so.

Skeptics often seek explanations for ooparts in natural phenomena. In the case of the Baghdad batteries, however, it is clear that the objects are man-made and that they can produce electricity. Of course, the actual purpose they served an estimated 2,000 years ago remains a mystery.

“The batteries have always attracted interest as curios,” Dr. Paul Craddock, a metallurgy expert at the British Museum, told the BBC in 2003. “They are a one-off. As far as we know, nobody else has found anything like these. They are odd things; they are one of life’s enigmas.”

They are composed of clay jars with asphalt stoppers. Iron rods stick through the stoppers and are surrounded by copper. The jars were filled with vinegar or wine or some other acidic substance, as shown by corrosion of the interior. Vinegar or any other electrolytic solution could have helped the device produce electricity.

Smith College in Massachusetts reproduced the device. A post on the college’s website explains: “There is no written record as to the exact function of the jar, but the best guess is that it was a type of battery. Scientists believe the batteries (if that is their correct function) were used to electroplate items such as putting a layer of one metal (gold) onto the surface of another (silver), a method still practiced in Iraq today.”