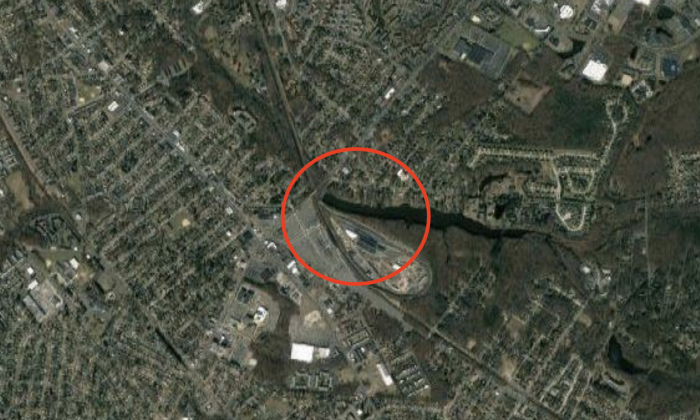 Authorities are investigating after a young child was found dead in a hot car at a New Jersey train station on Friday, Aug. 16, according to local reports.

According to CBS3, a passerby called police around 2:30 p.m. after spotting the child, a 2-year-old girl, alone and locked inside a minivan at the Port Authority Transit Corporation (PATCO) Lindenwold station in Camden County.

The news station reported that the family of the child said she had suffocated in the hot vehicle. The day was hot, according to local reports, with temperatures reaching the upper 80s in the area.

But authorities have not yet released an official cause of death, according to 6abc Action News.

Officials with the mass transit company said that first responders tried to resuscitate the child but were unsuccessful. She was rushed to a nearby hospital but could not be revived.

John Hanson, the president of PATCO, said it’s uncertain how long the child was inside the car, reported the Cherry Hill Courier-Post.

One woman who was leaving the parking lot told nj.com, “I don’t know how you forget” about a child in a car.

“I certainly hope it’s an accident,” another person told the news outlet. “I can’t imagine anyone doing that.”

The open sliding door of the minivan was covered in white tarpaulin, 6abc Action News reported. Police were seeking the owner of the vehicle as of around 4 p.m.

“The incident is in the very early stages of its investigation and no further information is being released at this time,” a spokeswoman for the Camden County prosecutor’s office said, according to the Associated Press.

The PATCO Hi-Speedline operates daily service between Lindenwold in South Jersey and Center City Philadelphia. Lindenwold is the last stop in New Jersey for PATCO.

According to the Cherry Hill Courier-Post, the parking lot at Lindenwold has more than 3,300 spaces. Most are used by daily commuters of the PATCO Speedline. They park their cars for around 8 hours at a time. The lot gets filled to capacity by about 10:30 a.m. on weekdays.

BREAKING: The family of the child tells us the baby was two years old and she suffocated in the hot car. @CBSPhilly pic.twitter.com/I7JA46gIYX

HAPPENING NOW:
Lindenwold Police have a portion of the Patco station parking lot roped off after a young child was found inside of a hot car unresponsive. The child has died and now the Camden Co. Prosecutors Office is involved in this investigation. Live update on @CBSPhilly pic.twitter.com/UQ7brE9b6l

The vehicle in which the child died was towed from the scene just before 7 p.m. according to the Philadelphia Inquirer.

It was clear that the passenger-side window had been shattered.

The Camden County Prosecutor’s Office is now investigating the girl’s death and is being assisted by the Delaware River Port Authority Police Department.

According to Kids and Cars, this is the second child to die in a hot car in New Jersey this year and the 34th nationwide.

The nonprofit group says on its website that multiple circumstances can contribute to a child being neglected in a car.

“When the right set of circumstances align, this can literally happen to anyone,” the website states, listing a combination of contributing factors, which include:

The website gives a number of tips to remember to keep a child safe from a hot car scenario: