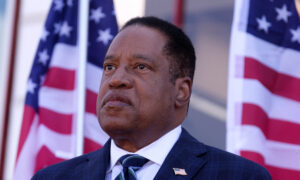 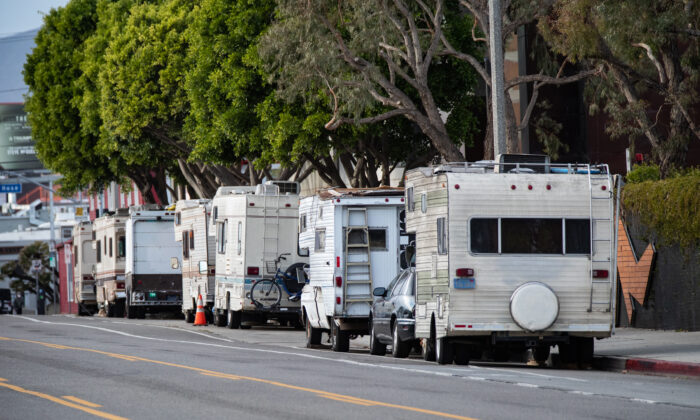 LOS ANGELES—Residents saw two recreational vehicle fires within the span of one week, leading to concerns about fire safety amid the homeless encampments and RVs permanently parked in their neighborhoods.

Twenty-five LA Fire Department (LAFD) personnel responded to a call about a structure fire on Lincoln Boulevard on the evening of Oct. 9.

The firefighters found a burning RV that had been parked on Lincoln Boulevard and Rose Avenue. They promptly put out the fire and ensured it didn’t spread to the Whole Foods Market nearby.

LA Sanitation Department spokesperson Elena Stern told The Epoch Times that the department cleared the remaining burned debris from the fire and washed the street with a power washer on Oct. 13.

In the early morning hours of Oct. 12, eight LAFD members responded to another fire that broke out in an RV located at the 15800 block of the Pacific Coast Highway.

Streets along Venice Beach, particularly Lincoln Boulevard and Rose Avenue, have become populated in recent years by homeless encampments and people living in RVs, which are permanently parked along the streets.

Residents of Venice Beach expressed frustration with the homeless encampments and RVs lining the streets of their neighborhood, pointing to the incident as evidence that RVs and encampments pose fire and safety hazards to the neighborhood.

Soledad Ursua, a member of the Venice Neighborhood Council, told podcast host John Phillips on Oct. 12 that homeless RVs have lined nearly every street in the 3 1/2-mile wide Venice area for 18 months.

Ursua said on her street, there are about 20 RVs parked on either side who have been there since February 2020.

“We used to have [the RVs] moved every Monday with street sweeping, so they had to move for a little while, but what happened was, with COVID, the [Centers for Disease Control and Prevention] guidance has been completely misused,” Ursua said, referring to the city’s pause of homeless cleanups due to the COVID-19 pandemic.

According to Ursua, many of these encampments and RVs are only dozens of feet away from Venice’s Bridge Home shelter, which was built by Councilman Mike Bonin, whose District 11 includes Venice Beach. Ursua is a proponent of the campaign to recall Bonin.

When the city began developing a bridge housing shelter, which helps the homeless transition to permanent housing, in 2018, Bonin’s website promised that “The Bridge Home initiative dedicates money in the city budget to pay for additional sanitation resources to clean up the sites of former encampments.”

Other residents, such as Peggy Lee Kennedy, an activist with the Venice Justice Committee, argue that the Bridge Home shelter doesn’t suit every homeless person’s needs, as many prefer to live in tents, RVs, and structures that provide more privacy and autonomy.

“Shelters are not great for everybody; it could be a really traumatizing experience. We need permanent solutions … you can’t just throw shelter at people, expect it to work—it’s not working. … Instead, the city is warehousing mentally ill people in jail, and the ones on the street, we’re criminalizing. It’s a thing you have to address. It’s a major thing we have to address to do the right thing for people who have major mental health issues and are homeless,” Kennedy told The Epoch Times in a previous interview.