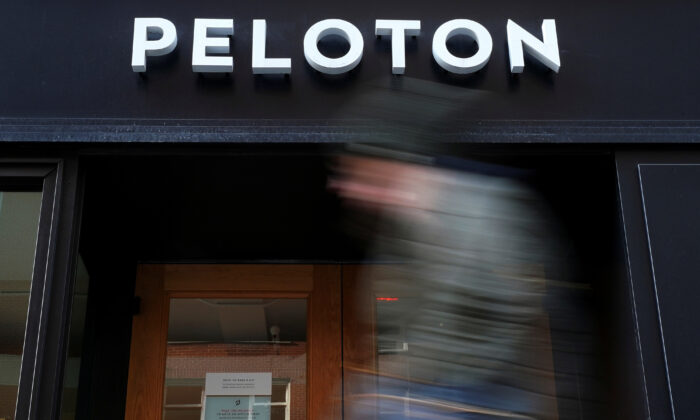 A person walks past a Peloton store in the Manhattan borough of New York on Jan. 25, 2022. (Carlo Allegri/Reuters)
Companies

Peloton Interactive Inc. co-founders John Foley and Hisao Kushi are stepping down from their executive roles, at a time the troubled exercise bike maker is undergoing massive changes to trim losses and win back investor confidence.

“It is time for me to start a new professional chapter,” said Foley, who was replaced earlier this year as chief executive under pressure from an activist investor as the company struggled to maintain the breakneck growth that propelled its valuation to $52 billion in early 2021.

Karen Boone, elected to the company’s board in 2019, will replace Foley as the executive chair. Chief Legal Officer Kushi, who crafted the novel music license deals, will be succeeded by former Uber Technologies Inc executive Tammy Albarrán.

Peloton shares were up 0.5 percent in after hours trading. They had fallen about 69.1 percent this year through Friday’s close.

Foley, who founded Peloton in 2012 with four others, was replaced as CEO by Barry McCarthy, a former Spotify Technology SA and Netflix Inc executive, after activist investor Blackwells Capital had called for his removal.

“Say what you want about John Foley. He’s the reason that I’m here today. And he’s the reason Peloton is here,” McCarthy said at a Goldman Sachs conference on Monday.

Peloton in its most recent quarter recorded a net loss of $1.24 billion as demand for its bicycles and treadmills tumbled and the number of subscriptions stagnated. Both had soared early in the COVID-19 pandemic.

The fitness equipment maker, which has incurred operating losses each year since its inception, is taking an array of steps including job cuts, price hikes, and listing its products on Amazon.com to help boost profits.