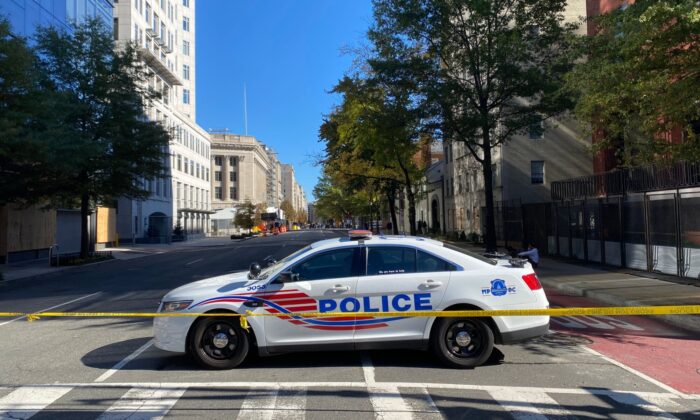 A police car patrols in Washington in a file photo. (Daniel Slim/AFP via Getty Images)
District of Columbia

Two people were killed and at least nine others injured on Friday when a sport utility vehicle driven by an older man careened into the outdoor seating area of a Washington restaurant, in what police said appeared to be an accident.

Firefighters and police responded at 12:15 p.m. local time to the Parthenon Restaurant in the district’s Chevy Chase neighborhood where the gray SUV had gone off the road and into a patio area of the eatery, a District of Columbia Fire and EMS spokesperson said.

The Washington Post reported that two women were killed in the crash. At least several other victims were taken to local hospitals in critical condition. Three people were treated at the scene for minor injuries and released, the department said.

“It was truly an accident, from what we can tell right now,” Duncan Bedlion, Commander of the Second District within the Metropolitan Police Department, told the Washington Post. “There is no indication this was intentional in any form or fashion.”

The driver of the SUV was an elderly man who may have lost control of his vehicle or suffered a medical emergency, a Metropolitan Police Department spokesperson said. It was unclear if the driver was injured.