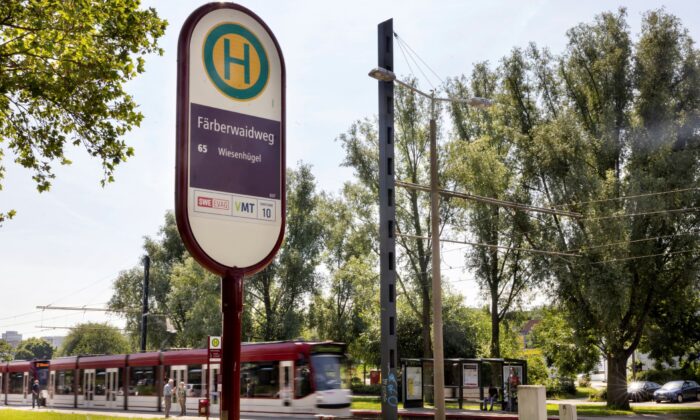 A train arrives at the Faerberwaidweg station in Erfurt, Germany, on June 28, 2021. (Michael Reichel/dpa via AP)
Europe

The two victims, German men aged 45 and 68, were taken to nearby hospitals and underwent operations, police said. Meanwhile, authorities used a helicopter to search for the suspect after the attack at about 6 a.m.

The investigation led authorities to a 32-year-old German man with a record of violent and other offenses who had had mental health issues in the past, police said in a statement. He was arrested at his apartment with unspecified and apparently self-inflicted injuries and taken to a hospital.

The motive for the attack was not immediately clear, but police said there was no reason to suspect that it was politically motivated. The suspect and victims did not know each other.