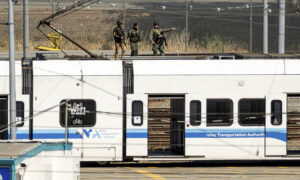 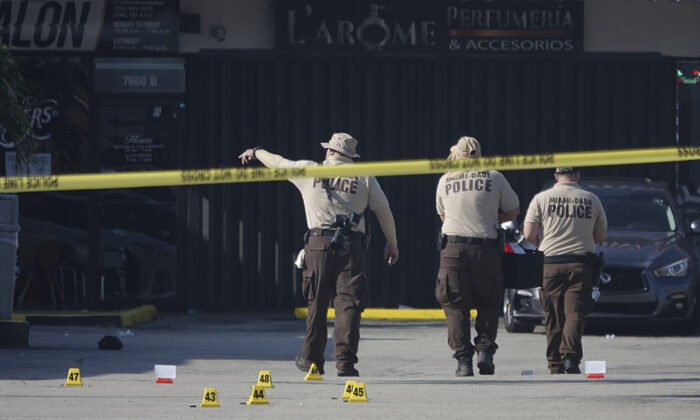 Miami-Dade Police work the scene of a shooting outside a banquet hall near Hialeah, Fla., on May 30, 2021. (Joe Cavaretta/South Florida Sun-Sentinel via AP)
Crime and Incidents

Assailants opened fire on a crowd outside a concert in Florida early on Sunday, killing two people and wounding more than 20, police and media reports said.

Three people got out of a white SUV and shot at revelers gathered at the El Mula Banquet Hall near Hialeah, a city in Miami-Dade county, according to local media.

“I am at the scene of another targeted and cowardly act of gun violence, where over 20 victims were shot and 2 have sadly died,” Miami-Dade police director Alfredo Ramirez said on Twitter. “These are cold blooded murderers that shot indiscriminately into a crowd and we will seek justice.”

CNN said 20 to 25 wounded victims were taken to local hospitals. CBS4 Miami said at least one was in critical condition, and that police had no one in custody as of early Sunday.

“We mourn the loss of the two victims and are praying for the recovery of the more than 20 people injured at El Mula Banquet Hall near Hialeah. We are working with local authorities to bring justice to the perpetrators. Justice needs to be swift & severe!” he wrote on Twitter.

Businessman and TV personality Marcus Lemonis, star of “The Profit,” took to Twitter to offer a $100,000 reward to help authorities capture the suspects.