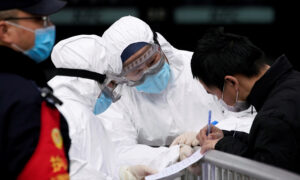 China Accepts Offer for US Scientists to Help Study Coronavirus
0 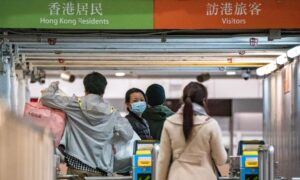 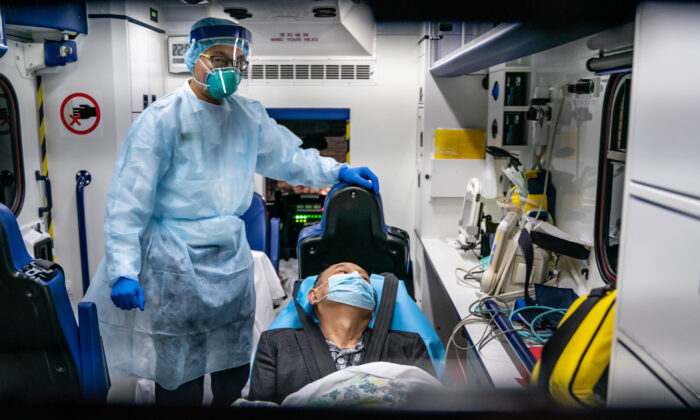 A patient is transferred by an ambulance to the Infectious Disease Centre of Princess Margaret Hospital in Hong Kong, China, on Jan. 22, 2020. (Anthony Kwan/Getty Images)
CCP Virus

Two California coronavirus patients whose cases were confirmed by U.S. health officials over the weekend were transported to a hospital in San Francisco.

The San Francisco Department of Public Health said the two patients, who are from Northern California’s San Benito County, were taken to the hospital on Monday. The San Benito County Health Department has said the pair remained at home and posed a low risk to the community.

The agency didn’t disclose what hospital would house the patients. The identities of the patients were also not given.

The patients “arrived this morning and represent no elevated risk to the public” at large in the city, the department said in a statement. “The hospital is taking all appropriate precautions for patient and staff safety,” it added.

San Francisco has no confirmed cases of coronavirus, according to the department’s website.

According to KRON4, officials said the couple’s conditions worsened on Sunday night, prompting the necessity for being hospitalized in San Francisco.

SF still has zero cases of #coronavirus. We are caring for two confirmed novel coronavirus cases from another California county who require hospitalization. They arrived this morning and represent no elevated risk to the public. Statement here: pic.twitter.com/qGii3xuHeH

The San Benito County coronavirus cases involved a married couple. The husband went to Wuhan, China, where officials believe the virus had originated, and transmitted the virus to his wife.

So far, the United States now has 11 confirmed cases of coronavirus. Two cases were also confirmed over the weekend in Santa Clara County, California, according to its local health agency. Santa Clara County encompasses most of Silicon Valley, including San Jose, Palo Alto, Cupertino, Sunnyvale, and Mountain View.

The U.S. Centers for Disease Control and Prevention said that there are cases confirmed in California, Arizona, Massachusetts, Illinois, and Washington state. The only other instance of person-to-person transmission of the virus was reported in Illinois and also involved a husband and wife.

It comes as Secretary of State Mike Pompeo, speaking at a news conference in Uzbekistan on Monday, said several flights will be used to evacuate Americans in Hubei Province, of which Wuhan is the capital and largest city, reported CNN. He didn’t specify how many flights will be sent to Wuhan and Hubei.

“We’re working closely and hand-in-hand with the Chinese government to try and resolve what is now this global epidemiological challenge,” Pompeo told the news outlet. “We’ll have more details exactly on when those flights will depart and when they return and how they’ll return to the United States before too long.”

The State Department has already evacuated hundreds of Americans from Wuhan, placing them in a quarantine area at a military base in Southern California.

The United States also on Sunday night began restricting travel to plane passengers who recently traveled to China in recent days to mitigate the risk of a coronavirus epidemic, according to a news release from the Department of Homeland Security.

“We realize this could provide added stress and prolong travel times for some individuals, however public health and security experts agree these measures are necessary to contain the virus and protect the American people,” Homeland Security chief Chad Wolf said, adding that the overall risk coronavirus poses to the United States is low.