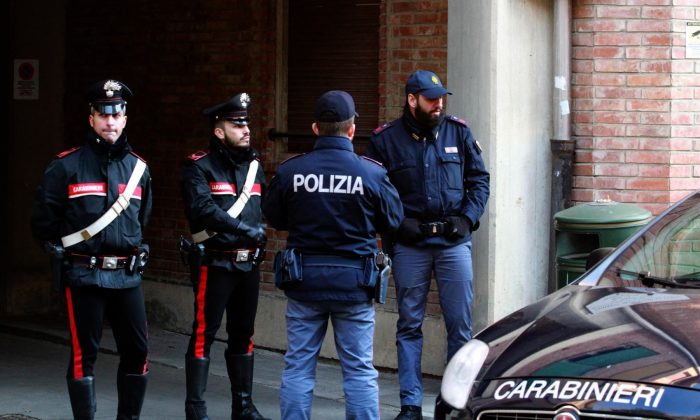 ROME—A 19-year-old U.S. student has confessed to killing a policeman in central Rome, in a crime that has shaken Italy, national news agency ANSA reported on Friday, July 26.

Italian military police Carabinieri arrested two U.S. students in connection with the killing, they said on Saturday. The students are being held for the alleged murder and attempted extortion, according to a statement.

Judicial sources have named the students as Finnegan Lee Elder and Gabriel Christian Natale-Hjorth, both from San Francisco. Their lawyers could not be immediately reached.

Mario Cerciello Rega, an officer with the Carabinieri military police, was repeatedly stabbed early on Friday after trying to arrest the two students, suspected of stealing a bag from a man in a popular tourist district.

Initial media reports suggested the assailants were North Africans, but police later said they had arrested two U.S. students in an upscale city center hotel and had taken them in for questioning over the incident.

ANSA reported that one of the two had confessed to the killing. The police did not immediately respond to a request for comment.

Police murders are rare in Italy and politicians of all parties expressed their horror and outrage.

“A manhunt is under way in Rome to catch the [expletive] who tonight stabbed to death a Carabinieri,” Interior Minister Matteo Salvini wrote on Twitter, adding that the perpetrator should do “hard labor in prison for the rest of their days.”

Police released a video showing two men following another person in the Trastevere district of Rome. The person being followed accused the two men of later stealing his bag, containing his phone and a small amount of cash, police said.

The owner called his own phone and one of the thieves offered to sell the bag back to him, agreeing to meet in a nearby neighborhood. The owner then alerted the police, who approached the suspects.

One of the two men pulled a knife and stabbed Cerciello Rega, the 35-year-old policeman, who was in civilian clothes and had married less than two months ago. He died almost immediately.