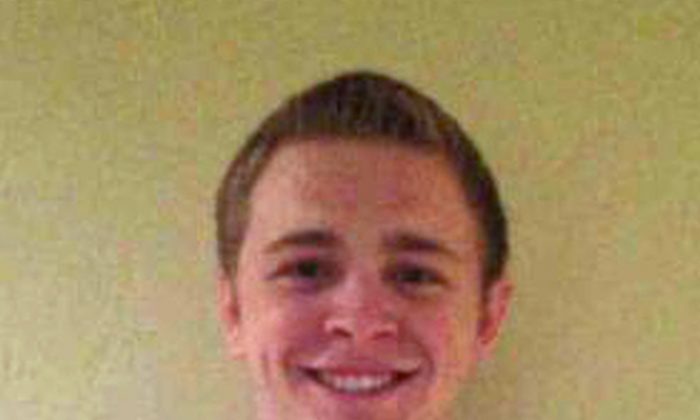 This undated photo provided by The Church of Jesus Christ of Latter-Day Saints shows Mormon missionary Mason Wells, 19, of Sandy, Utah, who was injured in Tuesday's explosion at the Brussels airport. (Mormon Church via AP)
International

Wells was also present at the recent Paris attack—and the Boston Marathon bombing.

What has hundreds of social media users scratching their heads, though, is that in addition to the Brussels attack, Wells was also present at the recent Paris attack—and the Boston Marathon bombing.

Wells was with three other missionaries at the Brussels airport on March 21 when the explosions occurred; he was in France at a Mormon mission during the attacks in Paris last year, and back in 2013 he was waiting near the finish line of the Boston Marathon when the homemade bombs went off, according to a Daily News report.

Wells’ father, Chad Wells, told ABC News that this was “his third terrorist attack,” and said his family is hopeful that he will make a full recovery, noting he was at “ground zero” of the Brussels’ explosion.

The ABC News report states Wells suffered a ruptured Achilles tendon, along with second- and third-degree burns to his face and hands, and shrapnel injuries.

“I think the Boston experience helped him to stay calm,” his father told ABC News. “He was blessed significantly by God. We see a blessing by this, not a terrible curse.”

In a written statement, published by the Mormon Newsroom, the Wells family said:

“We are grateful that our son, Elder Mason Wells, survived the attack and is receiving quality medical care. We have spoken to him briefly and he feels blessed that he wasn’t injured more, given his close proximity to the bomb. He has undergone surgery to repair his Achilles tendon, and he’s also been treated for burns and shrapnel injuries. As a family, we feel the power of prayer from those we know and those who only heard Mason’s name for the first time today. We will continue to pray and hope for everyone affected by this tragedy.”