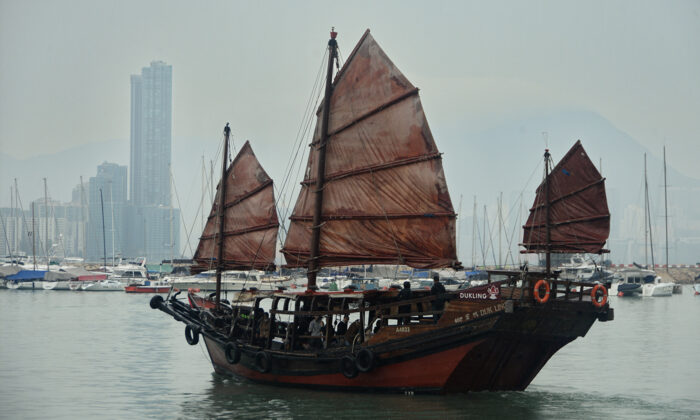 180th Anniversary: How Hongkongers Should Understand the Treaty of Nanjing

August 29 marked the 180th anniversary of the signing of the Treaty of Nanjing, which ceded Hong Kong to Britain. Pro-establishment supporters and media took this opportunity to reiterate stereotyped propaganda, such as weak countries have no diplomacy, the British government has been brainwashing Hong Kong people throughout its rule, Hongkongers must get rid of the poison of “colonial nostalgia,” Hong Kong had never been a colony, and solving the Hong Kong problem rested in the sovereignty of China.

However, it is clear that such “correct” views are quite new compared to the long colonial history of Hong Kong. “Correct” views imply that many voices have been silenced. How else can Hongkongers, who always embrace diversity, perceive this historical Treaty?

First, compare it with similar treaties with Russia. The communists always hold that land ceded by unequal treaties must be recovered and that China has always had sovereignty over territories that have been permanently ceded.

This politically correct view, however, does not stand up to the facts. The Sino-Russian Treaties of Aigun and Peking, which were unequal treaties signed in the mid-nineteenth century, ceded more than one million square kilometers of northeastern territory to Russia, which still exerts effective rule over it today.

The obvious distinction in China’s approach to the British and Russian treaties means that land ceded by unequal treaties may not have to be taken back.

Second, compare China with Japan. Like China, Japan suffered from unequal treaties in the nineteenth century, such as the Kanagawa Treaty signed after the coming of Perry, which forcibly opened ports such as Hakodate.

Unlike China, Japan was quick to respond, and in just a few decades, it proactively learned from the West through the Meiji Restoration, which succeeded in getting the West to abolish extraterritoriality, and defeating China in the Sino-Japanese War of 1894, making Japan an Asian power, when China only then suddenly woke up to its predicament of “forfeiting of sovereignty and the humiliation of the nation.”

Japan’s confidence, now and then, in facing unequal treaties shows that unequal treaties like the Treaty of Nanjing themselves may not be a problem; that the Chinese’s inertia at that time and habit of finding a scapegoat to blame for their historical and current blunders are the problems.

In fact, like its predecessors, the communist regime has respected the relevant treaties. Besides Beijing’s policy of “long-term planning and full utilization” towards Hong Kong when the Communist Party was founded, which gave de facto recognition of British rule in Hong Kong, the subsequent handover of Hong Kong in 1997 represented the communists’ compliance with the Sino-British convention of 1898 to lease the New Territories for 99 years; solving the Hong Kong problem through fulfilling the 1898 convention and signing a new treaty–the 1984 Sino-British Joint Declaration–to replace the three “unequal treaties” was in line with the peaceful practice of handling such treaties that had been in place since the Republican period.

In other words, no matter how defiant the communists appear, they still align with international law in solving “historical problems,” and an unequal treaty was there to serve as a moral tool for bargaining on the negotiation table.

Fourth, is the rise of Hongkongers. Would the Hong Kong identity have emerged without the Treaty of Nanjing? History does not have a “what if,” but the relentless attacks by the leftist media on Hong Kong’s colonial past and Hong Kong identity are tantamount to recognizing the achievement of the Hong Kong Colony and Hongkongers, otherwise people would have simply ignored them without the communists’ “gentle reminders.”

Without the Treaty, Hong Kong was a miracle that always exists between two different worlds until the coming of the national security law would have had nowhere to begin.

The 180 years gave Hong Kong fundamental changes that made it a city we are proud of, though Hong Kong underwent an irreversible decline in just ten years under the rule of Leung Chun-ying and Carrie Lam, making the city no longer recognizable.

With regard to the Treaty of Nanjing, Hongkongers should at least know that it represents both a national disgrace and a historical opportunity. As an international city, Hong Kong should avoid the narrow-mindedness embodied in the official interpretation of history that distorts facts and benefits nobody–including the communists, as the distortions disrupt the traditional historical framework on which its legitimacy rests.