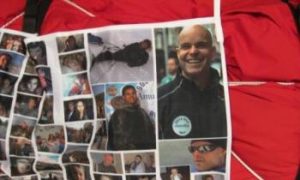 NEW YORK—A truck full of protected health information (PHI) was robbed on Dec. 23, 2010, putting the files of nearly 1.7 million patients who have visited the Jacobi Medical Center, North Central Bronx Hospital, and their two affiliated health centers over the last 20 years into the hands of thieves.

PHI includes not only names and addresses, but also Social Security numbers. The New York City Health and Hospitals Corporation (HHC) began notifying patients and staff of the breach this week, as well as hospital vendors and contractors whose information was also in the mix.

HHC is providing credit monitoring and anti-fraud services to anyone concerned about identity theft. They have also notified the relevant authorities, including the attorney general, the New York State Office of Cyber Security, and consumer reporting agencies.

Though the thieves have tapes containing sensitive information, it is likely they have been unable to access that information, says Pamela McDonnell of HHC.

“[The tapes] are scrambled and you need to have specific technical skills and technology to access [the data],” she explained.

A contractor hired to transport the data left his truck unlocked. The driver has been fired for his negligence, and HHC is suing the contractor, GRM Information Services, for the cost of operating a customer hotline (1-877-412-7148) and all other measures taken to remedy the security breach.

Though the files were stolen nearly two months ago, the HHC had to sort through the 1.7 million files before taking action to notify patients. They had to assess what kind of information the tapes contained and who exactly it belonged to, explained McDonnell.

“This process was necessary to ensure that we had a complete list of all affected individuals so we could properly notify each person and provide them with meaningful information on how to protect themselves from any possible adverse effects arising from this incident,” said McDonnell. She also noted that HHC was well within the 60-day period given by law for the agency to send out notifications.