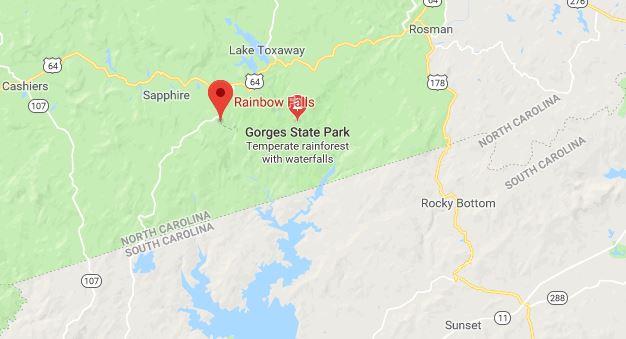 A 16-year-old North Carolina girl was found dead after being swept over a 150-foot waterfall.

The body of H’Money Siu of Charlotte was found by a dive team late Wednesday, officials said.

Siu was celebrating the Fourth of July with her family, including relatives outside her immediate family, in Transylvania County.

She and an 11-year-old girl, identified as her sister but not named, were swimming above the falls when the younger girl got into trouble and Siu tried to help her.

A friend of the 16-year-old girl who died after falling from the top of a waterfall yesterday shared this picture of her with me.

The younger girl was rescued but Siu plunged over the falls and died, reported WYFF. Siu was originally from Vietnam.

Several danger signs are posted in the area of the accident.

The Rainbow Falls waterfall is 150 feet high and sits on National Forestry Service Land next to Gorges State Park, an official told the Charlotte Observer.

It’s the fifth time someone has died in the region after jumping or falling into one of the waterfalls in the area, with two now occurring at Rainbow Falls.

On June 23, a 42-year-old man from South Carolina was swept over the falls while trying to save his dog and died.