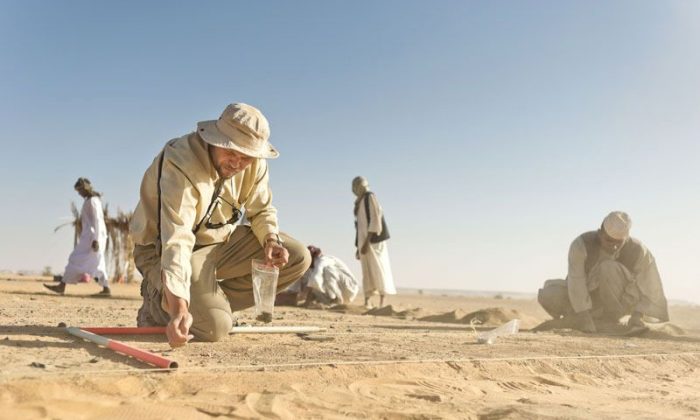 Polish archaeologists have uncovered remnants of 15,000-year-old sturdy and permanent structures in Sudan, Africa. They show a much more settled and advanced stage of human behavior than previously thought for the time.

These houses were made during the Late Palaeolithic era. Some of the earliest signs of human habitation structures are commonly said to have appeared around this time in Europe, such as those in Pincevent, France, though this is the oldest in Africa’s north east. What stands out about this settlement in Sudan is that it suggests the origin of such behavior could far predate the settlement itself, explained archaeologist Piotr Osypinski via email.

“These were made by people still living in a very old way, so the origins of such behaviors (making houses, creating the space around us) could be much deeper than 15,000 [years],” wrote Osypinski, who is working on the site. “Affad houses were built in the times of Late Palaeolithic indeed, but the people who did it were pure Middle Palaeolithic in their adaptation strategies, [and] technological skills of stone tools production and use—this is a very important issue, as we can suppose that the idea of settled space organization could be rooted in such an old epoch.”

It’s the first evidence that Homo sapiens of the time “built sizable houses, planned distribution of a camp party with different functions, [and] adapted well to the wetland environment,” in the Nile Valley, according to Polish science publication PAP.

The wetland environment was stable. Once the people had adapted to the wetlands, they wouldn’t have experienced the same cultural evolution as people in other regions who had to adapt to changing climatic and environmental factors. This is the hypothesized explanation for their lingering Middle-Palaeolithic characteristics.

Originally estimated to be 70,000 years old, the site remains intriguing at 15,000 years of age, said Osypinski. The date was confirmed using optically stimulated luminescence methods. The findings hint at a common experience of settled habitation well before 15,000 years ago, and they give insight into human movement across the African continent. The research team will be publishing the final results of its research in coming months.