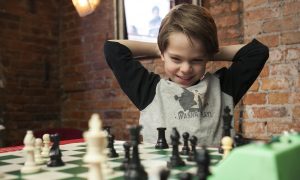 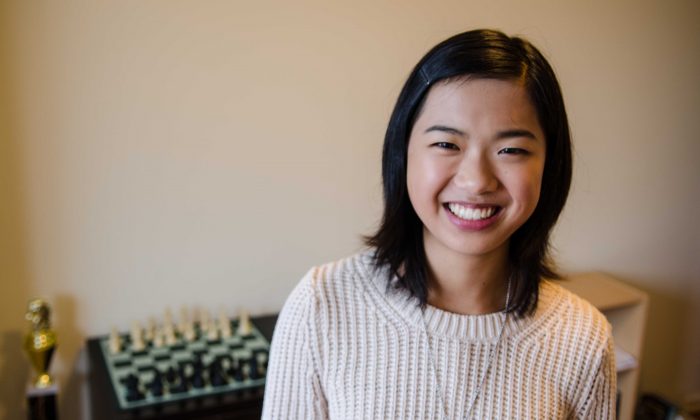 Qiyu Zou, the world’s top chess player for girls under 14, shared about life lessons learned in chess during an interview in Ottawa on Oct 10. (Matthew Little/Epoch Times)
Canada

OTTAWA, Canada—At 14 years old, Qiyu Zhou is one of those children parents like to imagine they will raise.

Zhou speaks four languages, plays the flute, and is a confident and well-rounded teenager. She plays badminton, tennis, and swims, and has a mass of medals to prove it.

She’s also a world champion in chess for girls under 14, a title she picked up a couple weeks ago in South Africa.

“Becoming world champion has been my dream for a really long time,” she said.

Born in China, Zhou grew up in France and then Finland. She started playing chess at age 4 while living in France.

“As soon as I saw the chess board, I loved all those pieces on it,” she said.

Her mom, Changrong Yu, said she never forced her daughter to play.
“She was naturally attracted by chess, by games, by all kinds of games,” Yu said.

It was not long after she discovered the game that she started competing.

Showing some of her trophies and medals, there’s only one Zhou goes out of her way to find. It’s from Finland, her first, she explains, as she pulls it out of a tangled mass medals.

It was in Finland where her chess career started taking off and where she won her first medal at the age of 5.

Having played chess most of her life, Zhou said it has taught her some important skills, like learning how to come back from a mistake.

When she was younger, she said she would get rushed, make mistakes, and those mistakes would compound. She said she doesn’t do that any more, and she also doesn’t worry so much about the outcome.

“The best I can do is just keep playing and making the best moves,” she said.

“The result [of the match], of course it matters, but it won’t matter that much if I can play a good game.”

The keys to winning in chess are a lot like those needed to win in life. It requires planning ahead, anticipating possible outcomes, and having a lot of patience.

“As a player, I have to be very patient, I have to work very hard—I know that if I don’t do any of this, I probably won’t get anywhere,” said Zhou.

“Chess, it represents life in a lot of cases.”

Zhou plays other board games and sports—lots of sports. Sometimes her mom worries her daughter will get injured playing badminton all day. But Yu is glad her daughter has diverse interests.

While games may figure into her future as a hobby, she sees her career path elsewhere. Having lived in four different countries and knowing Chinese, Finnish, French, and English, she said she wants to go into diplomacy.