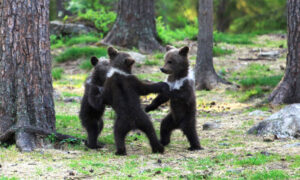 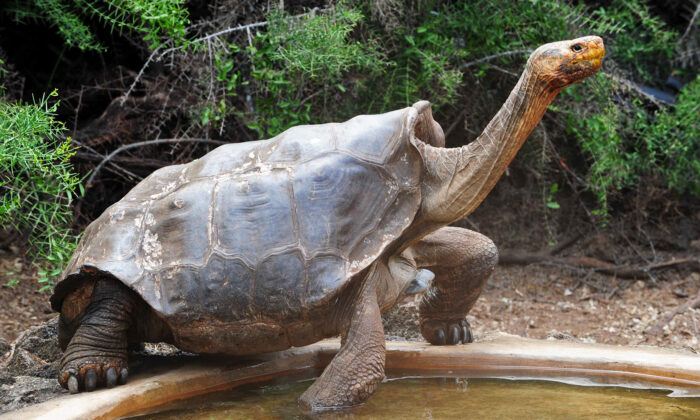 When Galápagos giant tortoise Diego arrived in the Santa Cruz Island breeding program in 1976, his species (Chelonoidis hoodensis) was down to a mere 15 surviving members. In 2020, this centenarian male has been retired from the breeding program after helping lift the population to around 2,000.

To put Diego’s incredible mating role into perspective, some 40 percent of the Galápagos giant tortoise population on his native island of Española are descended from him, according to a statement by the Galápagos National Park authorities. “In recent years, he has become a symbol of Galapagos conversation,” they said.

Originally captured in the wild sometime in the late 1920s to early 1930s, Diego was sold to the San Diego Zoo. The near-extinction of Galápagos giant tortoises in the 1960s led to the creation of the Giant Tortoise Restoration Initiative in 1965, which Diego was sent to help with. Diego’s contribution, according to the San Diego Zoo, has been to father an estimated 1,700 total offspring in his estimated 130-year life.

As for why Diego became so famous despite being outbred by another tortoise in the program, Dr. James Gibbs, a professor of biology at Syracuse University, told the New York Times that he has “a big personality—quite aggressive, active and vocal in his mating habits and so I think he has gotten most of the attention.”

In addition to Diego being celebrated for having “contributed a large percentage to the lineage that we are returning to Española,” as Jorge Carrión, director of Galápagos Islands National Park, told the AFP, his return to his native island for the first time in 80 years is especially poignant. “There’s a feeling of happiness to have the possibility of returning that tortoise to his natural state,” Carrión noted.

Once Diego and his fellow tortoises go through a quarantine to make sure they won’t inadvertently take the seeds of any species that aren’t endemic to Española Island, they will be released home. Washington Tapia, the director of the breeding program, explained in a press release that “the island has sufficient conditions to maintain the tortoise population, which will continue to grow normally—even without any new repatriation of juveniles.”

Diego, whose exact age is unknown but estimated to be well over 100 years, weighs about 80 kilograms (approx. 176 pounds) and measures almost 90 centimeters (35 inches) in length, per the AFP. While this would already be a good, long life for tortoises in the wild, Galápagos tortoises in captivity can live past 150 years. Harriet, a Galápagos tortoise believed to have belonged to British naturalist Charles Darwin, lived to an estimated 175 years of age.

The island of Española and others in the archipelago have undergone considerable transformation with the elimination of feral goats, which had devastated tortoises’ main food sources. In order “to ensure that the island’s ecosystems currently have adequate conditions to support the growing population of tortoises,” Carrión said that his teams have been getting rid of invasive plant species that the tortoises can’t eat and planting more of the endemic cacti, whose fruit are their preferred food.

While Diego was able to help save his species with his extraordinary mating efforts, his counterpart from Pinta Island, known as “Lonesome George,” was not so lucky. George was the last-known individual of Chelonoidis abingdonii. Biologists tried to successfully mate George with females of various related species for years to no avail. When he died on June 24, 2012, his species went extinct, highlighting the importance of tortoise conservation.

Thankfully, Diego will finally get to go home and enjoy his “retirement,” having already taken great strides to ensuring the survival of his kind.