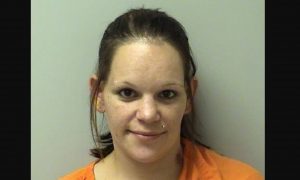 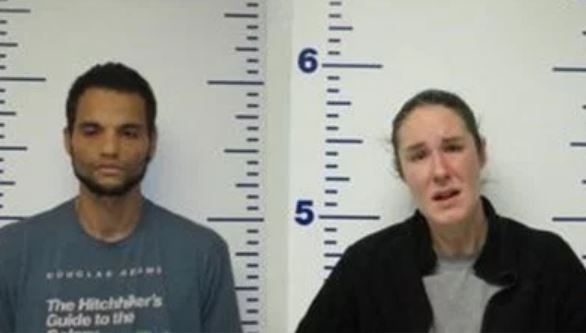 The child was rushed to a nearby hospital and later transferred to Oklahoma University Medical Center with “non-accidental abusive head trauma,” police officials told News 9.

Authorities said in an update late Thursday that the baby, Damien, died from his injuries.

Both King and Lastra were arrested on a complaint of child abuse; they’re now facing first-degree murder charges.

According to KFSM, the Oklahoma State Bureau of Investigation led the investigation into the alleged child abuse after a request from the Guthrie Police Department.

The assessment of child abuse came from doctors at the hospital, authorities said.

A woman who allegedly placed her baby in a freezer and closed the lid has been charged with child abuse.

A witness told police officers that he saw Brittany Smith, 19, placing the baby, an 8-month-old child, into an unused freezer in the backyard of a house that wasn’t hers.

“Oh my God, she’s trying to hide a dead baby on us,” Joshua Blair, the owner of the home, told WCYB of his initial reaction. “It wasn’t moving, wasn’t nothing. I reached in and pulled it out. It started moving. Instant relief.”

Two other witnesses said they saw Smith on the property, according to an affidavit obtained by WJHL. Smith was located under the crawl space of the house without the child.

Witnesses said they found the child in the freezer after lifting the lid. The freezer had about an inch of water in the bottom.

Blair said he found the baby and handed it to his mother. He credited his mother and his fiancée for spotting Smith and the child.

He said he removed the lid of the unused freezer so nothing like what happened could happen again.

“If they wouldn’t have seen her put the child in there, the baby would have run out of oxygen,” Washington County Sheriff’s Office Maj. Shawn Judy told WCYB.

The officer who wrote the warrant said there was sufficient cause to arrest Smith “for having placed the child inside the deep freezer, which is an act that placed the child in immediate danger of suffocation and/or drowning,” reported the Johnson City Press.

The baby was taken to a hospital for treatment and is now OK. The baby was given over to his grandmother.

Smith is being held on $200,000 bond for charges of child abuse and burglary and was slated to appear in court on Jan. 14 while her preliminary hearing was scheduled for Feb. 14.

According to a report published by the U.S. Department of Health & Human Services (pdf), in 2016, approximately 3.5 million children nationwide were the subjects of at least one maltreatment report to authorities.

Children in their first year of life had the highest rate of victimization at 24.8 per 1,000 children of the same age in the national population according to the report.