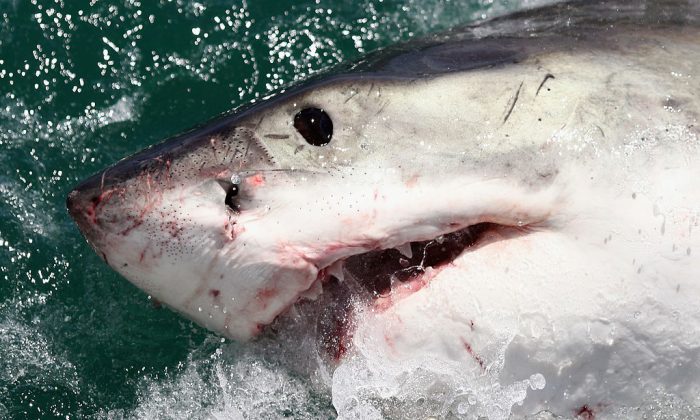 A 12-foot-long, named white shark was “pinged” around the Gulf of Mexico near Tampa on New Year’s Day.

“Miss Costa,” the shark, was tagged on Sept. 26, 2016, in Nantucket, Massachusetts, by Ocearch.org to obtain scientific data and track her journey. The shark was named as such because of Costa Sunglasses.

The shark, according to ABC Action News, has traveled more than 5,639 miles since it was tagged in Massachusetts.

“It doesn’t surprise us to see a great white shark in this area (Gulf of Mexico) during winter. We know that some portion of their population does come into the Gulf of Mexico, though it’s not extremely common,” Marine Laboratory Senior Scientist Dr. Robert Hueter stated.

“This is one of the reasons we need to keep tagging more of these animals – to understand which ones go where, and why. Miss Costa, an immature female, was also detected in late 2016 in the Florida Keys region, so it appears that she has a pattern of coming to south Florida during winter months. But last year, her tag did not show her moving up into the Gulf as she has this year. We look forward to seeing what she does next.”