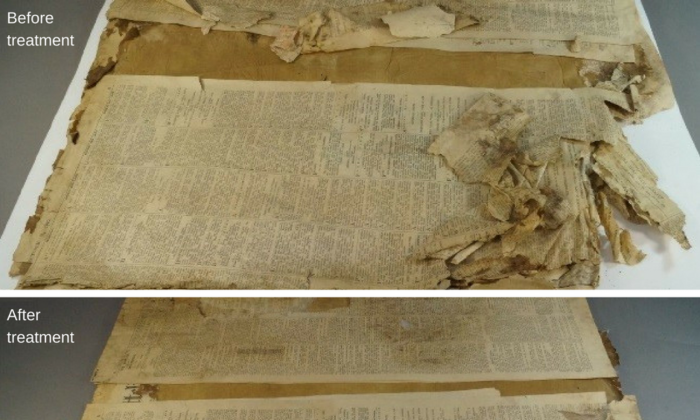 It was painted by Dr. Edward Wilson, an artist, physician, and celebrated explorer. The team he joined on a fatal journey to be the first to reach the South Pole died on its return, just 11 miles short of a food depot that would have saved their lives.

“Words must always fail me when I talk of Bill Wilson. I believe he really is the finest character I ever met,” wrote Capt. Robert Falcon Scott, the leader of their expedition in October 1911, six months before all five men on the journey would perish.

Scott and Wilson were likely the last to die, and passed away in their tent, their bodies discovered later, Scott with his arm across Wilson.

Wilson was a spiritual man, Christian, and practiced a lifelong asceticism or abstinence from worldly pleasures in pursuit of spiritual understanding. He contracted tuberculosis while undertaking mission work in his free time and painted during his recovery.

Scott wrote that Wilson was the most popular member of their party.

“The closer one gets to him the more there is to admire. Every quality is so solid and dependable; cannot you imagine how that counts down here? Whatever the matter, one knows Bill will be sound, shrewdly practical, intensely loyal, and quite unselfish,” wrote Scott.

The freezing conditions in the hut where the painting was found and surrounding paperwork helped preserve it, said the Antarctic Heritage Trust.

Antarctic Heritage Trust paper conservator Josefin Bergmark-Jimenez found the painting while cleaning a paper portfolio collected from one of the huts the trust is planning to restore at Cape Adare.

Labeled “1899 Tree Creeper,” the painting depicts a tree creeper bird specimen. It was found in September 2016 but kept secret while the team restored 1,500 artifacts collected from Cape Adare.

While the expedition did reach the South Pole, it was the second to do so. Scott’s team arrived just five weeks after a team led by Norwegian explorer Roald Amundsen, whom they were in tight competition with to reach the pole.