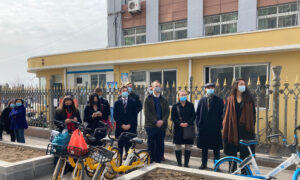 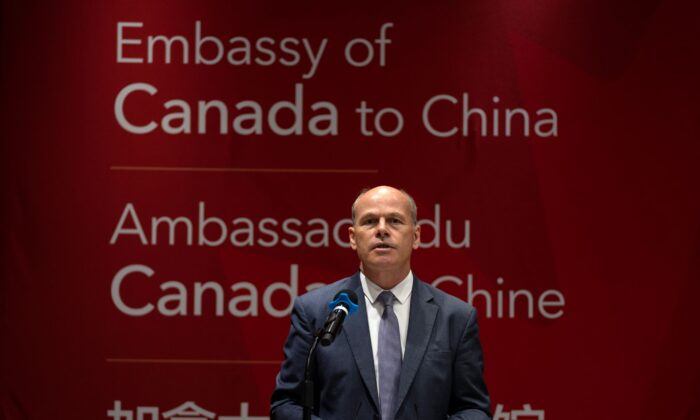 China has sentenced Canadian businessman Michael Spavor to 11 years in prison on espionage charges, more than two years after the Canadian was first detained, along with fellow Canadian Michael Kovrig.

The arrest of “the two Michaels,” as the Canadians have become known, followed the arrest in Vancouver of Huawei executive Meng Wanzhou on charges that her company violated U.S. sanctions on Iran.

“Chinese officials have not disclosed any evidence against Spavor or Kovrig,” CNN reported, “or information relating to their trials, which were held behind closed doors in March.”

That marks a contrast with the treatment of China’s actual spies in the United States, and the legal systems of the respective nations.

As the FBI verified, Tang Juan, who conducted research at the University of California at Davis, was a member of China’s People’s Liberation Army (PLA) and the Chinese Communist Party (CCP). Like other Chinese nationals in the United States on exchange programs, she took direction from superiors in the PLA. That constitutes espionage, but the only charge against Tang was falsifying information on her visa application.

Before her case was dismissed last month, the court dropped charges of lying to the FBI, on the grounds that the agents had not properly informed the Chinese national of her rights. She was represented by independent American lawyers, and the trial was held in open court. Once the case was dismissed, Tang quickly returned to China. The PLA and CCP member was never a hostage and the American government demanded nothing in return for dropping the charges against her.

By contrast, China’s proceedings against Spavor and Kovrig were clearly in retaliation for the arrest in 2018 of Meng Wanzhou, Huawei’s chief financial officer. Spavor’s two-hour trial was held in secret, and the Canadian was charged with stealing state secrets, which in China can mean any information disclosed by an investigation.

Under China’s communist dictatorship there is no rule of law—only rule by the CCP. Chinese courts are essentially low-level organs of the CCP. In China, there is no presumption of innocence and no right to a swift public trial, with the verdict subject to appeal.

Immediately after his secret trial, China announced no verdict for Spavor, already imprisoned more than twice as long as Iran held 52 American hostages in 1979. Those familiar with China’s prison conditions say incarceration in a Chinese prison amounts to torture in and of itself.

According to Canada’s National Post, Spavor was held in cells roughly three-by-three meters where “there is no furniture and the thin mattress must be rolled up during the day.” Prisoners are not allowed outside their cells and there are no exercise yards or dining hall. Meals of boiled rice and vegetables are pushed under the doors in “doggy bowls.” In some accounts, prisoners must spend the whole day sitting or squatting on the floor, which causes joint and muscle deterioration.

Spavor told reporters he was in good spirits and wanted to go home. Canadian Prime Minister Justin Trudeau denounced the 11-year sentence as “absolutely unacceptable and unjust.” The trial, according to Trudeau, “did not satisfy even the minimum standards required by international law.”

U.S. Secretary of State Antony Blinken said in a statement, “The practice of arbitrarily detaining individuals to exercise leverage over foreign governments is completely unacceptable. People should never be used as bargaining chips.”

At the time of writing, the White House has issued no statement on Spavor’s 11-year sentence.

During the 2020 campaign, Joe Biden said the Chinese were “not bad folks,” and “not competition” for the United States. In 2013, Justin Trudeau proclaimed, “There’s a level of admiration I actually have for China. Their basic dictatorship is actually allowing them to turn their economy around on a dime.”

With those conditions of mind in U.S. and Canadian leaders, leniency for actual Chinese spies such as Tang is likely to increase. On the other hand, the Chinese regime shows no sign of backing off on the hostage-taking front.

Kovrig, a former Canadian diplomat who worked for the International Crisis Group (ICG), is accused of stealing sensitive information. China’s courts have revealed none of the evidence against Kovrig. The verdict and sentence in the case have yet to be announced.