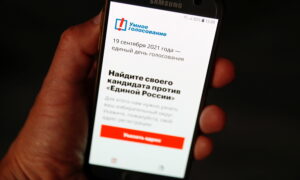 If you are eagerly awaiting the launch of Apple’s first wearable tech, don’t hold your breathe.

According to Rosenblatt Securities analyst Brian Blair, Apple could be facing some production issues, which would see them push back mass production to January 2015.

This means that the Apple Watch will be launched in February 2015 at the earliest, and with limited availability to boot.

Blair opines that suppliers GT Advanced, IvenSense, Broadcom, and Integrated Device Technology have only enough parts for manufacturer Quanta to make 15 millions units at the start, and estimates that only 20 to 25 million units will be produced in the full year.

Although Blair doesn’t list his sources, his prediction could turn out to be quite accurate in light of recent news that GT Advanced is filing for bankruptcy.

GT Advanced currently produces sapphire crystal glass for the iPad and iPhone camera covers and Touch ID fingerprint sensors, and will be supplying the sapphire glass screen covers for the Apple Watch.

The company claims that it is still conducting “business as usual,” however, and is currently seeking debtor-in-possession financing for additional funds to fulfill its customer obligations and daily business operations.

Moving on to pricing, Blair estimates that the Apple Watch model will retail at $499, while the 18 karat gold Apple Edition model will start at $999.

In comparison, Apple analyst John Gruber believes that the Apple Watch model will cost $999, while the solid gold Apple Edition could cost as much as $4,999.