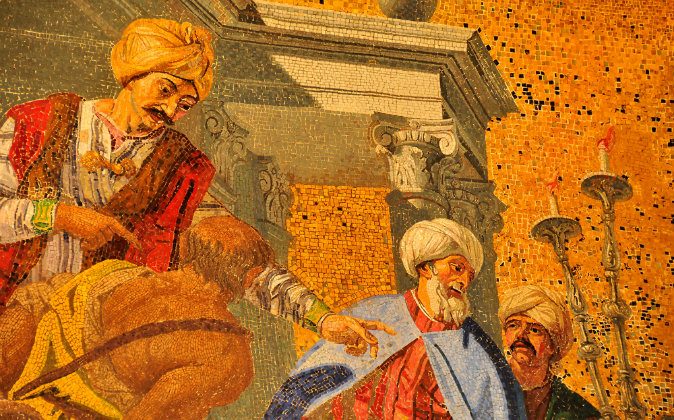 Written nearly a thousand years ago, the Kitab al-tabikh (book of cookery) written by Ibn Sayyar al-Warraq, is the most comprehensive work of its kind. It includes more than 600 recipes for culinary and medicinal dishes, including a well-known ancient Middle Eastern hangover cure, ingredients for enhancing sexual performance, and dishes for curing a range of health problems. The ancient text has been translated by Nawal Nasrallah, a former professor of English and comparative literature at the University of Baghdad, into the ‘Annals of the Caliph’s Kitchen’, making these fascinating recipes accessible to the English-speaking world for the first time.

Very little is known about Ibn Sayyar al-Warraq, the author of the text, except that he died in 961 AD, and that he was commissioned to write a cookbook on the dishes of Caliphs, Lords and dignitaries of the time. Many of the recipes are thought to have been acquired from much earlier writers and may be much older than 1,000 years.

Al-Warraq’s comprehensive recipe book consists of five chapters about kitchen utensils, spices, the eight type of tastes, the causes of spoiled food, and remedies for burned food; seventy-nine chapters of culinary recipes, twenty chapters about cooking and dining etiquette, and twenty-five chapters on the medicinal properties of food, including what Nasrallah describes as ‘the ultimate hangover cure’.

Al-Warraq’s hangover cure, called ‘Kkishkiyya’, is a meat, chickpea, and vegetable stew with the addition of a special ingredient known as khask, a fermented yoghurt, milk, and whey product, which is thought to be the key to alleviating what Nasrallah describes as excess heat in the head and stomach.  The book also advises to eat cabbage prior to drinking alcohol, eating snacks between drinks to slow down its effects, and sipping on water the following day before consuming the stew. Today, Kkishkiyya is still cooked in the same way, mostly in northern Iraq and the Levant.

In addition to the hangover cure, Al-Warraq includes a recipe to “invigorate coitus”, which is just for men. It is made up of 15g each of sweet Ceylon cinnamon, spikehard/nard, cloves, sea costus, and ginger, as well as 3 ounces each of long pepper, sea-musk, seeds of watercress, seeds of Persian leeks and carrot seeds. The reader is instructed to mix them all together with honey to bind them into a paste, and eat one lump the size of an almond twice a day on an empty stomach. The text writes that the recipe will be effective “God willing”.

Al-Warraq’s ancient cookbook serves to unfold the role of food in the culture of Islam’s golden era, and provides a fascinating insight into Middle Eastern agriculture, health, and food trends of the 10th century.

*Image of Venetian mosaic via Shutterstock