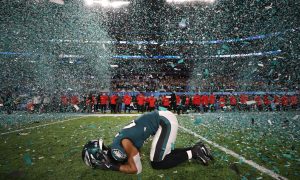 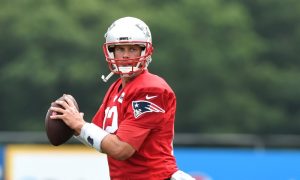 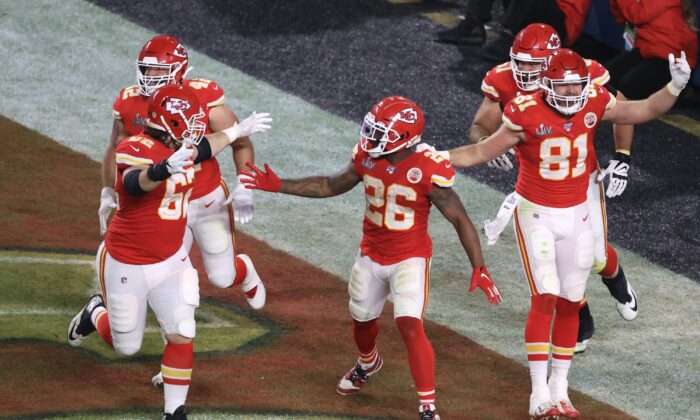 “These four men deserve our gratitude for their tremendous contributions to the United States of America, and we’re thrilled to recognize their service on the country’s largest stage.”

McGee was born in Cleveland, Ohio, and enlisted in the U.S. Army in 1942. He became a part of the Tuskegee Airmen and flew 136 combat missions in Germany, Austria, and the Balkans, according to the press release.

Cardenas lives in San Antonio, Texas, and joined the U.S. service in 1941 as a private first class at Fort Snelling, Minnesota. An excellent marksman, he was later promoted to sergeant and squad leader and was reassigned to the 172nd Battalion, Company C at Camp Roberts, California, as part of the Infantry Replacement Training Centers. He was deployed in 1944 and went on to fight in France, Belgium, and Germany as part of the Third Army under the command of Gen. George Patton. He was captured following an attack by German opposition and held prisoner on March 14, 1945, before being liberated two weeks later and returning to the United States on April 28, 1945.

Cardenas has received a number of medals for his service, including an American Defense Medal, a Good Conduct Medal, a European–African–Middle Eastern Campaign Medal, and three Bronze Stars for his service.

Samuel Lombardo was born in Italy in 1919 but moved to Altoona, Pennsylvania, with his family in 1929. Ten years later, he enlisted in the Pennsylvania National Guard as a private. He later became a commissioned officer and went on to serve in the 99th Infantry Division as a rifle platoon leader and company executive officer during the Battle of the Bulge, Remagen Bridgehead, Ruhr Pocket, and Central European campaigns.

Lombardo received a Silver Star and Bronze Star with valor for his heroic actions during WWII, the press release stated.

Sidney Walton was born in New York on Feb. 11, 1919, and enlisted in the army in 1941, nine months before America entered WWII. He went on to fight in the CBI theater (China, Burma, India), before being promoted to the rank of corporal. He returned to the United States after the war ended and worked for the government as a chemical engineer.

Walton and his son are currently touring the nation on his “No Regrets Tour,” visiting every state to raise awareness of the declining number of WWII veterans and the sacrifices they made for their country. The veteran and his family were hosted by President Trump at the Oval Office.

This year marks the 75th anniversary of the end of World War II, in which 291,557 American service members were killed in battle, according to the U.S. Department of Veterans Affairs (pdf).

Correction: A previous version of this article gave an incorrect figure for the number of American service members killed in battle during World War II. The Epoch Times regrets the error.