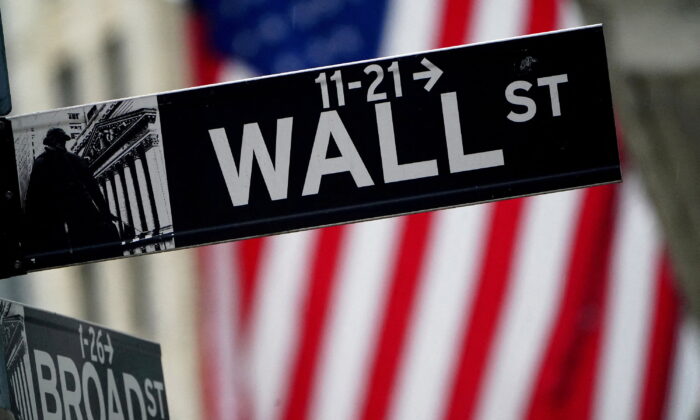 10-year Treasury Yield Above 3.5%, as Markets Brace for Another Fed Hike

The 10-year U.S. Treasury yield hit above 3.5 percent for the first time in over a decade, as markets prepare for another interest rate hike by the Federal Reserve this week.

The last time the 10-year yield, which is the most significant global interest rate benchmark, rose to that level was back in April 2011.

The U.S. bond market has been in a bearish mood, as traders await another massive rate hike by the Fed after its upcoming Federal Open Market Committee policy meeting on Sept. 20-21.

The front end remained sharply higher in yield, as traders expect the third consecutive 75 basis point hike this week after Fed Chairman Jerome Powell restated that he would stand by his hawkish stance.

The prospect of a 100-basis point hike declined recently, despite pressure from economists like former Treasury Secretary Larry Summers, who said that the Fed should go for “a 100 basis points move to reinforce credibility.”

Markets are pricing in a 80 percent chance for a 75 basis-point move, according to Reuters.

The odds of a chance of a larger, 100 basis-point rate hike fell to 16 from 20 percent, after the latest statement from the Fed on Sept. 20.

The biggest selling pressure in the bond market right now is the 2-year treasury note, which rose about 4 basis points to 3.992 percent on Sept. 20 from the previous day.

The 2-year yield is extremely sensitive to the Fed funds policy rate, which reflects the cost of overnight loans between banks and there is a solid chance that it might reach 4 percent after the Fed makes its move tomorrow.

“The market is pricing in a much more aggressive Fed,” said George Pearkes, macro strategist at Bespoke Investment Group to Barron’s.

“There’s been no relief in the inflation story.”

Meanwhile, yields for 5-year Treasuries inflation-protected securities rose to their highest level since 2009 at 1.25 percent, as they begin to feel the effect of tighter central bank monetary policy.

Investor speculation on how far the Fed will ultimately push its aggressive interest rate policy is also driving up the market.

There is fear among many analysts that the economy will slip into a worse recession next year due to high-interest rates, which would put pressure on the Fed to start cutting rates.

The U.S. economy has already shrunk in the first half of this year, in what is technically a recession, but the jobs market so far remains strong.

Pearkes told Barron’s, that assuming that the Fed funds rate peaks at 4.25 to 4.5 percent at the end of 2022, but remains up by next year, 2-year Treasuries would be “very rich,” or expensive at their current price.

A 4.25 percent target for 2-year treasuries, Ian Lyngen, head of U.S. rate strategy at BMO Capital Markets, told Bloomberg, is “a reasonable objective if one takes the Fed’s commitment to holding rates at terminal for an extended period at face value.”

“The path above 4  percent is easy to envision,” for the 2-year yield, said Lyngen.

Several of the world’s top central banks are also expected to tighten policy after their meetings this week.

The Bank of England, the Swiss National Bank, and Sweden’s Riksbank are expected to raise their benchmark rates this week.

The Bank of Japan which is also holding a policy meeting is not expected to change its low rate policy.